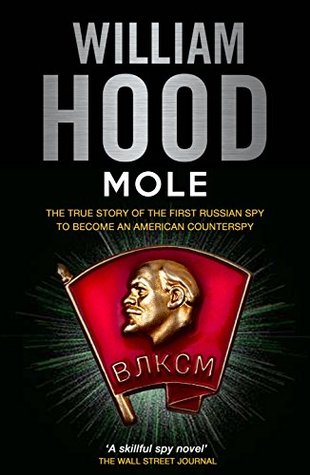 The True Story of the First Russian Spy to Become an American Counterspy by William J Hood is the story of real spycraft following the end of WWII. Hood, a retired senior officer in the Central Intelligence Agency served during WWII with the army before transferring to the OSS. Later he stayed on with the CIA and served in Central Europe at the start of the Cold War.

Younger readers might find this pretty dry reading. Middle age readers might be disappointed when it doesn’t read like a 1970s spy novel. What it does read like is more of “Dragnet” than a Starsky and Hutch or Miami Vice. As a CIA officer, I imagine that Hood wrote many reports in typical government fashion. The writing reflects this both in flavor and its procedural method. At times the reader may feel that he or she is reading long sworn statement.

The book revolves around Pyotr Semyonovich Popov, a major in Soviet intelligence, and his work for the CIA. It starts from the almost stereotype dropping a letter into Hood’s car in offering information for money. What starts off as suspicion, grows into a major asset for the CIA. Popov was from peasant stock and did well under the Soviet system for himself, but felt that his family, as well as peasants in general, were mistreated under the Soviet system that was supposed to liberate them.

Mole takes the reader through the turning of the death of Popov. Hood goes through the process of espionage in the 1950s and gives plenty background information. This is a nuts and bolts book about what intelligence agencies actually did in the Cold War. Much like Dragnet, the names in the book have been changed to protect the innocent. Mole is a book that will take the middle aged or older reader back to a simpler time when your enemy was easily identifiable and the world was black and white, capitalist and communist, free and totalitarian, with very little between.