Book Review — The New Sectarianism: The Arab Uprisings and the Rebirth of the Shi’a-Sunni Divide 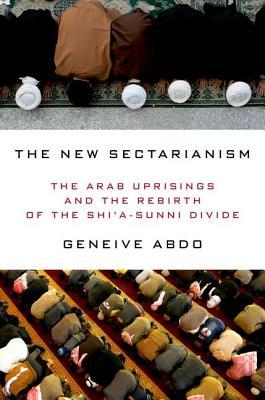 The New Sectarianism: The Arab Uprisings and the Rebirth of the Shi’a-Sunni Divide by Geneive Abdo is a detailed study of the current Arab and Persian condition. Abdo is a nonresident senior fellow at the Atlantic Council’s Rafik Hariri Center for the Middle East. She is also a nonresident fellow at the Brookings Institution and a lecturer at the Elliott School of International Affairs at George Washington University. She has earned degrees from the University of Texas, Princeton, and Harvard.

The Middle East, including Iran, is a complex place politically and socially. Before the twentieth century, the idea of nations was foreign to the region. The partition after WWI divided the region into nation states. National identity would eventually complicate and aggravate regional tensions. The relations of Sunni and Shi’a would spark into large scale violence and propaganda. A simplistic example is the Iran-Iraq war. Shi’a Iran was against the Gulf Sunni. Iraq which has a Shi’a majority was ruled by a nominally Sunni leadership in a mostly secular government. Today, Iraqi Sunni minority is in fear of the Shi’a majority, to the point of supporting ISIS in some situations. The Iraqi Shi’a, however, do not want any part of the Iranian Shi’a community or expansion. It is not just a Shi’a -Sunni conflict but also a regional one. It is not one side or the other there are at least four different sides in the conflict.

In the days of the Cold War America took a simpler look at the middle East. It was basically viewed that Shi’a was the enemy. This was based on the Iranian Revolution and their supported groups like Hezbollah. Today, especially after the 2003 invasion of Iraq, the traditional Sunni base has begun to mistrust the US and its support of a Shi’a majority government in Iraq. Some Sunnis even believe that the US is behind Hezbollah. One must also remember that Al Qaeda is a Sunni organization and the 9/11 terrorists were also Sunni.

Abdo leaves the United States out of the mix except as its role as a catalyst in the deep divide between the sects. Iran, Iraq, Syria, and Bahrain play leading roles in this book. Saudi Arabia is introduced as an overt player in the region sending troops into Bahrain (and recently bombing Yemen). It may seem difficult for many Westerners to recognize or understand the difference between Shi’a and Sunni. It is, however, a definable division much like the split between Catholic and Protestant. Similar to Catholicism, Shi’a has holy places and saints that are prayed to for their intercession. Sunni does not, in fact, the very radical Sunni terror group ISIS destroys shrines of all types and more fundamental Sunnis do not consider Shi’a to even be Islamic. An odd part of the Sunni – Shi’a conflict is that it is not being fought for land, but for a version of history.

There are no simple answers in the conflict. Shi’a clerics in Iran are political and essentially rule the country. In Iraq, Ayatollah Sistani remains out of politics, this, however, does not stop politicians from adopting his policies. Sistani’s one major foray into politics was calling for Sunni and Shi’a to unite in fighting ISIS. Although defeating a common enemy would be a uniting force between the sects, several Shi’a groups have used their new found military power to fight against native Sunnis. Abdo examines all parties including the Muslim Brotherhood, Salafists, Wahhabists, and the role of the social network Twitter. It is a complex situation and one without a universal answer. The New Sectarianism does play an important role in providing information, which is the first step to understanding the problem and eventually creating a peaceful coexistence.

2 responses to “Book Review — The New Sectarianism: The Arab Uprisings and the Rebirth of the Shi’a-Sunni Divide”