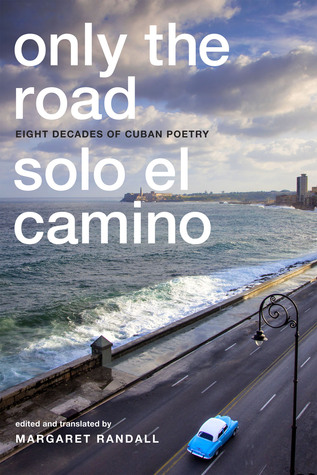 Only the Road/Solo el Camino: Eight Decades of Cuban Poetry edited by Margaret Randall is a collection of Cuban poetry that takes a different angle on social change. Randall is a feminist poet, writer, photographer and social activist. She has lived for extended periods in Albuquerque, New York, Seville, Mexico City, Havana, and Managua. Shorter stays in Peru and North Vietnam were also formative. Randall lost her citizenship while married to a Mexican citizen. Upon returning to the US in 1984 she was ordered to be deported under the McCarran-Walter Act of 1952. The INS called her writings “against the good order and happiness of the United States.” and that “her writings go beyond mere dissent.”

Randall gives a detailed introduction to the poetry and each of the fifty-six poets receive a small biography before their poems are presented. What makes this collection unique is inclusion. Nearly half the poets presented are women and the LGBT community is also heard from. Women poets should not be much of a surprise in a society that voiced equality for all. The LGBT community is a surprise as that was actively suppressed by the religious tradition of the island and also the government.

What I was hoping to find was poetry about the revolution and possibly dissent of the Castro regime. There are only a few and one of my favorites from the collection did concern the revolution. Support or hate the Castro regime, there is something about a poet’s idealistic view of revolution. It is the use of other methods outside of a gun or violence to inspire change. For the most part, however, I felt a Cuban identity was missing. Granted Randall does present the Spanish as well as her English translation, there seems to be a gray commonality in the poems. Nothing cries out with the color and flair one imagines of Cuba. With Randall’s openly leftist views and her previous published (and reviewed) bookChe on My Mind, I was expecting I was expecting a much more revolutionary tone to the collection.

This was a collection I looked forward to reading. The poetry is well selected as an anthology. The poems reflect a broad range of human feelings and emotions and could represent almost any society. There is a broad cross-section of poets and their views. The poems selected are varied in length and style. Randall’s translations are explained in the introduction as well as her attempts to keep both the words and the message intact in the translation. A very difficult task for any poetry translation. Although it was not what I anticipated the work is extremely well done and opens Cuba, literarily, to the American public. Perhaps my mistake, as well as many others, was in thinking Cubans would be so different than many of us.