Book Review — With the Flying Squadron: The Letters of Harold Rosher 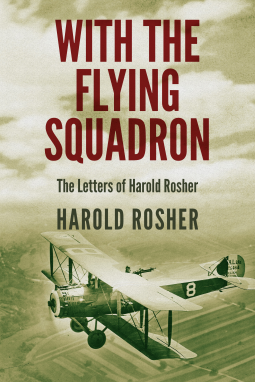 With The Flying Squadron: The War Letters of Harold Rosher by Harold Rosher is a collection of war letters from Rosher to his family. Rosher was a pilot in the Royal Naval Air Service from 1914-1916 when he died in an aircraft accident over Dover.

This is a short collection of letters of less than one hundred pages. Rosher applied and for and received a commission and trained as a pilot at the outbreak of WWI. His letters are to his parents and sister and reflect the day to day of a naval pilot. Part of the uniqueness of this collection is that Rosher flew for the Royal Navy Air Service. Rather than the dogfights over the trenches, Rosher flew anti-zeppelin and anti-submarine missions. He details his bombing raids and following his letters are the official Royal Navy reports on the missions.

Although not rich in military details or aircraft specifications, this is a serviceman’s experience in war. A personal view of the war and a very unexpected ending. Rosher died three days after the last letter in an aircraft accident.

One response to “Book Review — With the Flying Squadron: The Letters of Harold Rosher”