Book Review — The Marriage of Heaven and Hell: Manic Depression and the Life of Virginia Woolf 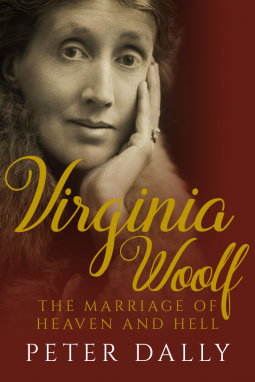 The Marriage of Heaven and Hell: Manic Depression and the Life of Virginia Woolf by Peter Dally is a psychiatrist’s examination of Virginia Woolf, decades after she ended her life. Dally was the senior consultant psychiatrist at the Westminster Hospital, London, until his retirement in January 1988. His previous books include Elizabeth Barrett Browning: A Psychological Portrait, and Anorexia Nervosa. Although a general psychiatrist, his professional outlook was eclectic and he had particular interests in manic depression and anorexia nervosa. Virginia Woolf first aroused his interest when, as a student, he read Mrs. Dalloway. He subsequently became absorbed in her diaries, which give a wider and deeper picture of manic depression than any textbook.

I became a fan of Virginia Woolf just a few years ago. I have read her fiction, letters, and diaries along with Vita Sackville-West’s letters. The problem, for me, was I was just looking at the information she released or could have known would be public. There are gaps in her diary and letters. Those closest to her protected her. There has been a book or two exploiting Virginia Woolf’s illness, but they seemed to sensationalize the illness. Dally presents a big picture of Virginia Woolf’s illness to include those close to her.

Looking at Virginia Woolf’s family, varying degrees of depression and cyclothymic disorder are present. Virginia’s sister also suffered from depression. Dally looks at the family history as well as her closest friends. He seems initially to make atheism and homosexuality a bigger than necessary issue along with the sexual and lack of sexual relations with the married couples. For example, Leonard Woolf’s only experience with physical contact was with Sri Lankan prostitutes.

Virginia Woolf’s cyclothymic disorder is documented through the years as well as her writing. Much of what Virginia Woolf’s life reflects is in her writing. As a child, she said the birds were speaking in Greek to her. Later in Mrs. Dalloway, Septimus Warren Smith, a WWI veteran suffering from shell shock also claims to hear birds speaking in Greek. Smith, like Woolf, takes his own life. Dally credits Leonard Woolf for his support and near saint-like patience with Virginia success as a writer. Without him, she would not have had the encouragement and support to continue as a writer. She also seemed to suffer a postpartum effect with completing her books much like her sister experienced with childbirth.

One wonders how with modern treatment Virginia Woolf would have fared. Treatment could have lessened or controlled the effects of her depression and possibly saved her from committing suicide. Would she have been the writer she turned out to be with treatment? Her style and her material may have been, and very much seems to be, a result of her illness. Dally uses all the information he can find and completes a psychiatric profile on someone he has never met or interviewed. It is a difficult task and may not have been a practical one either. All the major people had been dead for nearly forty years by the time this book was written. The personal lives of those around Virginia Woolf, although fairly well documented, were kept away from public view. Supporting evidence is weak. Dally does try his best to make his case with the available evidence, but is it enough and is it accurate?

2 responses to “Book Review — The Marriage of Heaven and Hell: Manic Depression and the Life of Virginia Woolf”