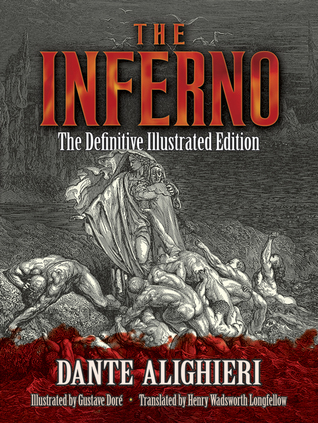 The Inferno or Dante Alighieri need little introduction. Most people are familiar with the Divine Comedy regardless of their religion or lack of one. The Divine Comedy is one man’s journey with his guide, through Hell and Purgatory, Virgil. Beatrice is his guide in heaven. The Inferno is the journey through the nine layers of hell and, to many, the most interesting of the three journies. Purgatory is a boring place by design and Heaven is well, heaven.

I always felt The Inferno contained the best place to spend eternity, but not in an AC/DC “Hell Ain’t a Bad Place to Be” way. The outermost layer is Limbo and it is the place for the unbaptized and the noble pagans — Socrates, Plato, Saladin and others. Here Dante answers his days equivalent of is Gandhi in Heaven or Hell? He was a great person, wise, peaceful, a good leader so he should be in heaven, but he is not Christian so how can he be any place but Hell? Dante takes care of this in Limbo. It’s a part of Hell, but the company there is great. There is also a chance to leave Limbo as Jesus and a few other Biblical characters did by the intervention of God.

As one descends the circles, each for a particular offence, lust, greed, wrath, heresy, violence and so on, the punishments increase in severity until the inner circle of hell where the three greatest enemies of man are gnawed on by Satan. The three are a bit dated but fitting for Dante’s time. Who else resides in Hell? Dante’s enemies. If you can’t get even in life; get even in eternity or your creation of it.

Dante’s “The Divine Comedy” was unique in its style the rhyme scheme reflective of the Trinity and the number 100 — the perfect number. His work is divided up into three sections of thirty-three cantos with a single cantos introduction making 100 cantos. Three is used through the book three times three layers of hell and so on. The Inferno is filled with symbolism and hidden meanings. One can spend a great deal of time studying this story not only for its literary value but also for its political and religious history. Also, unique Dante wrote in Italian instead of the accepted Greek or Latin. This did help make Italian a literary language with Petrarch soon to follow in that tradition. The reason why they wrote in Italian is not well explained, but perhaps had more to do with regional identity. The idea they wrote in Italian so more people could read it is not practical. The educated were literate and to be educated one would learn Latin and Greek. The literates were the rich or the scribes who copied books. Books were very expensive meaning again only the rich and educated could read. The literacy rate at the time was under 10%.

What makes the Dover edition special is the inclusion of Gustave Doré engravings. I first saw Doré’s engravings in a copy of “The Rime of the Ancient Mariner”. They were haunting and his work fits into The Inferno well. The engravings add an extra touch of dread and reinforce the entrance sign of Hell “Abandon all hope, ye who enter here!” This edition is also translated by Henry Wadsworth Longfellow who first introduced The Divine Comedy to America in 1867. Well done and very worthwhile addition to anyone’s library.

One response to “Book Review — The Inferno: The Definitive Illustrated Edition”