Book Review — From Washington to Moscow: US-Soviet Relations and the Collapse of the USSR 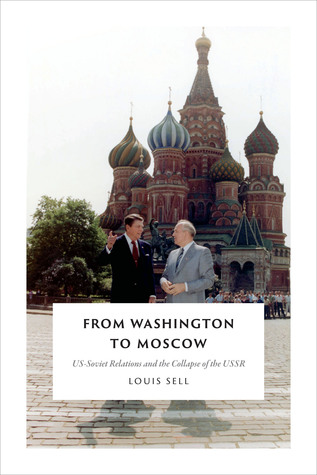 From Washington to Moscow: US-Soviet Relations and the Collapse of the USSR by Louis Sell is a history of US-Soviet Relations beginning primarily with Brezhnev and leading to the fall of the USSR. Sell is a retired Foreign Service officer who served twenty-seven years with the US Department of State, specializing in Soviet and Balkan affairs. He is the author ofSlobodan Milosevic and the Destruction of Yugoslavia, also published by Duke University Press.

This is the reason I wanted a degree in political science. Growing up in the Cold War and serving in the Marines in the final years of the Cold War, I saw a systematic and regulated world. This was the world — two powers locked in an endless struggle of gaining influence and power and holding the world hostage with nuclear weapons. This, also, was a symbiotic relationship. Each side needed an enemy to justify their position. The relationship, although varying in warmth, was always stable in that rules were followed. Each side kept their allies in line and wars were fought by proxy. It was an interesting time to grow up in.

Sell uses his person experience and copious primary source material to tell the story of the US and the USSR in a very readable form. The inner workings of the Soviet Union were secretive at the time with Soviet experts many times guessing at what was happening. Since the fall of the Soviet Union new source material is available. Perhaps one of the reasons of the Soviet fall was something I saw from a distance. William Casey visited Saudi Arabia several times in the 1980s while I served there on Embassy Duty. Although I had no idea of his purpose there, Sell explains one of the most cunning moves in the Cold War. During the Brezhnev era, the Soviets were able to generate most of their hard currency from oil exports. Casey worked to keep the Saudi’s pumping oil to drop prices effectively crashing the Soviet’s oil revenue and hard currency. The US also made every effort to block Soviet natural gas from flowing into Europe. Cut off the money and the system will collapse.

There are plenty of examples that I remember reading in the papers as well as a more personal one of Marine Sergeant Lonetree. Lonetree was the first Marine to be charged with espionage. Initial news reports created quite an improbable scenario of Lonetree allowing Soviet agents into the embassy and giving them keys to the safes. Safes were combination locks and it would be impossible to let someone into the embassy without notice. Sell gives the much less sensational report of what actually happened.

There are also internal workings of the Soviet system that were not known to the west at the time. The arms limitation and reduction talks are gone over in detail as well the influence of “Star Wars” and Voice of America and other western news or propaganda. I listened to the VOA while in Europe and its portrayal of the west was quite over the top.

Sell gives a detailed but easily comprehensible look at what was the deadliest standoff in the history of the world and how it abruptly ended. Today we worry about terrorism, but terrorism, as terrible as it is, does not hold a candle to global nuclear war. It was a time of great danger and now more information is known of what was actually happening instead of what we thought was happening. I enjoyed From Washington to Moscow for the information it provided and for the memories I had of being part of that era, from my Apollo- Soyuz shirt to enlisting in the Marines. The US-Soviet struggle was very much part of my younger years. Sell gives “boomers” an opportunity to revisit the past with the added benefit of hindsight and open records.

One response to “Book Review — From Washington to Moscow: US-Soviet Relations and the Collapse of the USSR”