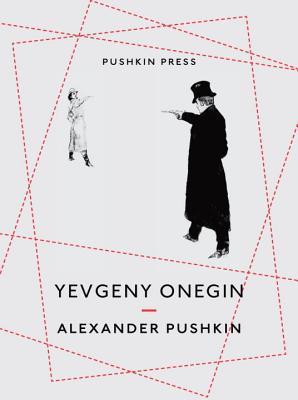 I picked up this book because it was listed as poetry. I later asked a Russian friend about the book and she said it was magnificent, but never read it in English. It dawned on me that this is much more than just a simple translation from Russian. It is essentially a novel-length poem that must be translated. I understand the difficulty of translation but adding in meter and rhyme patterns, especially without sounding repetitive, is extremely difficult in translations. It’s nearly impossible to keep the author’s original meaning in the pattern he created.

Perhaps almost as brilliant as the novel itself is the explanation of the translations. The historical descriptions and efforts to treat line and rhyme translations are fascinating. One of the major problems in translating Russian poetry involves feminine rhymes. Feminine rhymes are rhyming words where the last syllable is unstressed. The Russian language is full of natural feminine rhymes, but English is not. Rhyme, chime, dime, time are all masculine rhymes. The last syllable is stressed and that creates the rhyme. This works well in English where the poems are written in iambic meter, meaning the last syllable is stressed. Feminine rhymes are words the rhyme on the last unstressed syllable, like pleasure and leisure or painted and acquainted. The last syllable is not stressed. To create this rhyme suffixes are added to words. This can create boring and repetitive rhymes in English and destroy the more commonly expected iambic meter. Feminine rhymes are important in Russian poetry and even play a role in the title. In English, the book is often translated to Eugene Onegin. But in Russian, the title Yevgeny Onegin is a small feminine poem:

Each word one iambic foot ending in an unstressed syllable and creating the feminine rhyme.

Pushkin also writes in the fourteen line sonnet form with a fixed rhyme scheme, adding his own minor changes to the original format. First, the initial line is shortened by a foot. Secondly, he freely switches between English and Italian sonnet formats at will. He sticks to his rules but not necessarily everyone else’s rules.

This is a book where the introduction is important and informative. Many times people will pick up a book and skip over the lengthy introduction and jump into the story. Sometimes the reader catches on and other times the reader get frustrated and puts the book done. Granted, at times, introductions are boring, but here the introduction provides detailed information about the story, it’s structure, it’s translation and translation history. It acts as an appetizer for the novel. The reader will enter the novel fully informed and eager to enjoy.