Book Review– By Sea, By Land: The Authorised History of the Royal Marines 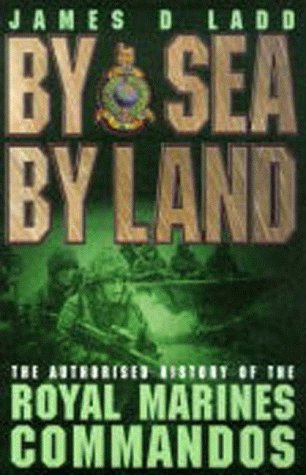 After World War II, the Royal Marines were involved in Korea but spent much of their time involved in policing the Empire. They were also involved in the Suez Crisis becoming the first service to deploy in a helicopter assault. Royal Marines played a large role in the long-running Malayan Crisis. From 1969 on the Marines patrolled Northern Ireland. Perhaps the most notable service came in the Falklands where an amphibious assault was key to retaking the islands.

By Sea, By Land offers a detailed history of the period. The Royal Marines, like American Marines, are proud of their history and who they are. Unlike other branches of service that display battle streamers with their colors, the Royal Marines simply display a globe as their area of service. Original documents and reports are regularly cited throughout the book. It is not strictly a chronological history as it is event centered with background and explanations. It is not a smoothly written narrative as it is a fact-filled record of events.