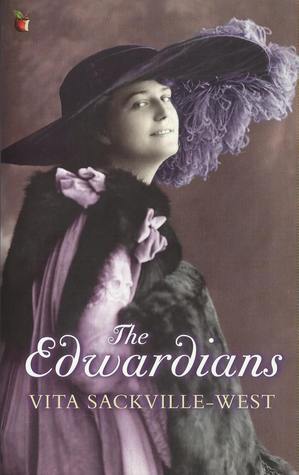 The Edwardians might pass as a novel that presents a good surface story or something to waste away an afternoon or two with. It is well written and contains a small cast of characters. Sebastian is the center character, the dashing nineteen-year-old, who rebels against his mother, but still stays within the norms of society. Viola is his younger sister who is awkward and cares less about society and position than Sebastian. The Duchess is firmly in the society scene and lives by image and proper appearances. Then there is Chevron which could be the main character as well as the setting. It is the estate Sebastian is set to inherit — the massive building and the surrounding property and houses.

A close look at the author, Vita Sackville-West, will show that this book is more than just a novel. The opening imprint reads “No character in this book is wholly fictitious.” Lucy, Duchess of Chevron, is a thinly veiled portrayal of Victoria Sackville-West’s controlling mother of Vita Sackville-West. Chevron is without a doubt Knole the one true love of Vita. Sebastian and Viola are two different Vitas. Sebastian is the idealized Vita. The one with the true connection to the land and estate. Vita regretted the fact that because she was a woman she had no claim on her family’s estate. It would be taken from her. Sebastian plays her male alter-ego. Viola is the more realistic Vita — A bit awkward, not a society person, and at odds with her mother.

The story is also an examination and a criticism of the waning days and fall of the Edwardian period. “Appearances must be respected, though morals may be neglected.” is the theme of the upper class. An affair was not bad unless it was exposed either through indiscretion or someone with a grudge. Affairs did not end marriages although they did hurt. Marriage was designed and arranged for stability and preserving the family name. Affairs, on the other hand, were expressions of love. This idea did not hold true outside of the nobility. The middle class did marry for love and took their vows much more serious as Sebastian finds out. The morals are too in this book outside of religion. It is not mentioned by the middle-class wife Teresa Spedding in determining what is right and what is wrong.

The Edwardians is a well-written examination of the period. Although Vita Sackville-West exaggerated at times, it is, after all, a work of fiction. She did write about what she knew. This book like a few other of her works is loosely based on her life. Although I do not watch much television, I have watch Downton Abbey and many themes in The Edwardian are reflected there. Relations between the nobility and the staff, the rise of a middle class, socialism, and the coming of the motor age are told in both. Also, the coming fall of the landed class is expected in both also. The Edwardians is an interesting book and made even better once the reader knows of the life of the author.

(Read for enjoyment and not for review)