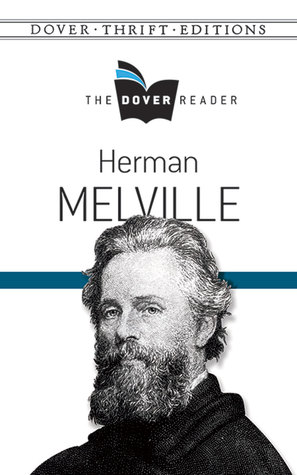 Herman Melville: The Dover Reader by Herman Melville is a selected collection of Melville’s works. Melville is most famous for his lengthy novel Moby Dick of which excerpts are included in this anthology. He took to the sea only for a few years, but that had a lasting impression on him and in his writing. One begins to wonder how much of his fiction is inspired by actual events and how much is really fiction. Moby Dick opens with a detailed tutorial on whales and whaling which sets the reader’s mind in a nonfictional mode before starting his story. Mixing fact and fiction in a believable way is a trademark of his work.

Melville rose quickly to fame but descend equally as fast. The opening selection is his first novel Typee a full-length story that started his rise to fame. The story takes place in the Pacific as two men flee a badly run ship and hide out on a tropical island. The place seems like paradise, but like most paradise stories there is a dark side. Next are excerpts from Moby Dick as mentioned above. He tried to renew his fame with short stories and magazine serials. The anthology closes with a few of these short stories with most of them having a nautical theme with two exceptions. One of the two is the very well written “Bartleby, the Scrivener”

Dover delivers a thorough collection of Melville’s work at a great price. Not including the complete Moby Dick is a way to introduce other writing, and Moby Dick has long been on student reading lists. Most have either read it or remain fearful of its size. This collection demonstrates the Melville was more than a one hit writer and others an introduction to hook those that have been putting off Moby Dick.