Hog Butcher for the World,
Tool Maker, Stacker of Wheat,
Player with Railroads and the Nation’s Freight Handler;
Stormy, husky, brawling,
City of the Big Shoulders: 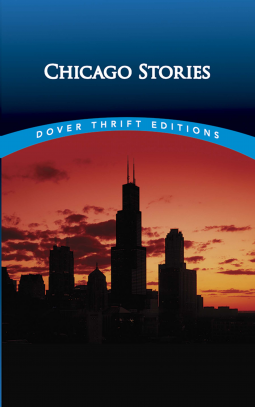 “There are eight million stories in the naked city” is how New York is described in the Naked City. Los Angeles is the city that reinvents itself every two days. People live there, but no one is from there. In the middle lies a city the City of Big Shoulders, the Windy City, and taken as a sign of disrespect, the “Second City.” Chicago is often overlooked in favor the coastal cities when it comes to culture, trends, and styles. Even in television, New York has Mike Hammer. LA has Joe Friday. Chicago has Al Bundy. Chicago, however, has stories that reflect the same hope as LA and the same grittiness of New York.

Chicago was and is an important city as the short stories in this collection tell. There are stories about politics and big dreams. Publishing and baseball. There is the sense of the LA optimism mixed with a harsh New York reality. The stories range through the entire twentieth century and the reader will see the city evolve and grow, not always for the better.

Zane Grey writes of baseball and a rising star. Nelson Algren tells the story of a young Polish gang member and his interrogation by the police who are out for a conviction instead of truth or justice. Richard Wright writes about a black man searching for upward mobility moving from dead end job to dead end job. Conversely, Saul Bellow writes of an educated white man working to hand out relief checks in mostly black neighborhoods. He is met with distrust. Chicago is a mix of people, races, and ethnic backgrounds all bringing something to the city.

Dover Thrift Editions brings together fourteen Chicago stories chosen by editor James Daley. This collection works well even for those, like myself, who are not fans of short stories. I read the collection for the Chicago aspect. Being from another often ignored Rust Belt city I read for the commonalities between my experience and that of Chicago. The common background of Chicago and the chronological order of the stories ties everything together nicely. The reader is taken out of the short story theme and put into more of a historical setting. Dover Thrift excels at giving the read a bigger bang for the buck. This collection sells for $4.50 (about a dollar less in ebook format) and is well worth the price. A fine collection of short stories about a strong and proud city.