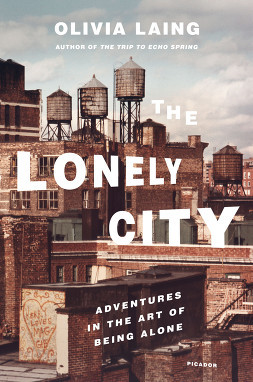 The Lonely City by Olivia Laing is an investigation of loneliness in a city of eight and a half million people. Laing is a columnist for frieze and write for the Guardian, New Statesman, Observer, and New York Times. Her previous books are To the River and The Trip to Echo Spring

The Lonely City opens with a discussion of loneliness and the idea that you can be lonely anywhere but there is a special sense of loneliness when one is surrounded by millions of people in an urban environment. Laing then examines different artists lives and their struggle with loneliness. Perhaps the idea of being lonely in NYC is magnified greatly when you are famous. Laing describes the what it was like for someone like Andy Warhol to be surrounded by people and ultimately remain lonely. David Wojnarowicz and AIDS, Billie Holiday and “Strange Fruit”, Henry Darger and being a recluse, Klaus Sperber and AIDS and general eccentricness, and, of course, the internet (and technology) creating millions of friends you do not know.

The chapter that really reached out and grabbed me, though, was the one on Edward Hopper. The name may not ring a bell at first but his painting of a diner scene is known by all. 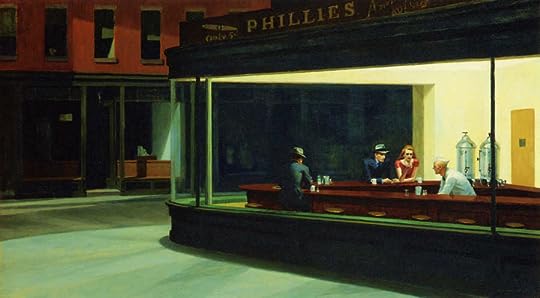 The couple who are together but alone a single customer and a single worker. The streets are empty and the sense is one of profound loneliness and perhaps being trapped in the dim drab that surrounds the scene. Notice there is no door to the diner. Looking through Hopper’s other paintings there are people alone in their environment or even when they have another human being in the scene there is an awkward tension, almost trying to regain privacy. Loneliness is a feeling and like most feelings are hard, if not impossible to describe with words. A look at any number of Hopper’s paintings and one will see what loneliness is and relate to that feeling.

I read this book on a flight to California, crammed in a middle seat of a fully booked 737 and it was a fitting book for the flight. Crammed in a mass of humanity, not knowing anyone, and perhaps just as importantly not wanting to know the two people invading my personal space. I dove into my Kindle. The man on my left watched a movie on his tablet and the man on my right kept opening and closing a book grumbling about wanting a cigarette. A very good read about social interaction and the avoidance of it.

One response to “Book Review — The Lonely City”