Book Review — Beyond the Secular West 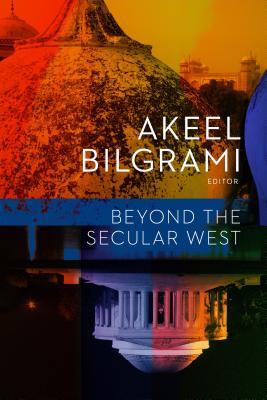 Beyond the Secular West edited by Akeel Bilgrami is a collection of essays that discuss “secular” in a worldview rather than the western view of the term. Bilgrami received a degree in English Literature from Bombay University before switching to philosophy. He attended Oxford University as a Rhodes Scholar, leaving with a bachelor’s degree in philosophy, politics, and economics. Bilgrami earned his Ph.D. from the University of Chicago. He has been in the Department of Philosophy at Columbia University since 1985 after spending two years as an Assistant Professor at the University of Michigan, Ann Arbor.

Secular as a word has an interesting meaning even in the west. It was originally used to mean church property in cities as opposed to monasteries. Eventually, the meaning evolved to something outside of religious control or meaning. The different essays reflect different interpretations. There is some interesting writing about Islam and developing under governments other than religious ones. There are arguments that governments do not have to be religious to allow religious development. Religious education in Islam and rules come from regional religious leaders and not government officials is an argument made in this book. Other cultures are considered including the anti-clerical movement in Mexico, along with cultural development in India and China. It would seem that there is plenty of scriptural support for what we see as separation of church and state in many religions and cultures. In Mexico, it was not a movement against religion, but a movement against giving the church political and economic (land ownership) power. The arguments presented by Muslim writers support the idea of a personal religion where governments do not make religious decisions.

There is quite a bit of discussion of Charles Taylor and his work A Secular Age (2007) and how it is viewed by various cultures. Also included is the discussion of secularism being tied to consumerism in the eyes of other cultures which may put that view of secularism at odds with personal beliefs. I found that an interesting argument in that in the West, and especially America, we tie capitalism (consumerism) to Christianity. The Protestant Work Ethic which emphasized hard work, discipline and frugality has become earn, consume, and buy on credit. It makes me wonder what Jesus or early Christians would think of consumerism, buying from sweatshops, accumulating wealth, or even the way employers treat employees in America.

Beyond the Secular West challenges American thinking. The writers are all scholars from various backgrounds, religions, and cultures. It is interesting to compare other cultures practices and beliefs to our own beliefs and interpretations of other cultures. A factual and enlightening read for those with an advanced interest in cultures and beliefs outside of the Western view.