Book Review — The Ways of the World 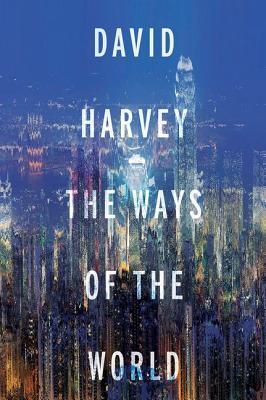 The Ways of the World by David Harvey is a collection of essays on relevant social and economic issues from a Marxist perspective. Harvey is the Distinguished Professor of Anthropology at the Graduate Center of the City University of New York (CUNY). A leading social theorist of international standing, he graduated from University of Cambridge with a Ph.D. in Geography in 1961.

First, a few general comments. Marxism is not Soviet communism or Chinese communism. There are many arguments about the Soviet Union, but at no time after Stalin was it more than an authoritarian state. China is the same but with a regulated market. Secondly, Marxism always seems to be written in a technical and philosophical style that makes most political philosophy students long for easier reading like Hegel. I still have difficulty today reading Marxist writings; this book included.

Harvey uses real-world examples and offers criticism to all systems mentioned. Perhaps in a more accurate historical sense, he uses the Paris Riots/Commune of 1871 as an example of a popular people’s movement against the government and land use. As a geographer, Harvey examines urbanization and the problems associated with its evolution and development under a (mixed) Capitalist system. Trade is also discussed and the fall of local businesses.

A discussion of beer in Baltimore caught my attention. Baltimore was a one beer town up until 1970 then came regional beers followed by large brewers (Budweiser and Miller). I remember growing up in Cleveland with local beers like P.O.C. and Duke. There were regional beers which were comparable giants — Stroh’s and Rolling Rock. Now the local beers are dead along with Stroh’s and Rolling Rock is owned by Miller. The cause of the change was market and growth and had nothing to do with the local population. The population did make a choice and outside beers were cheaper because they were brewed on a much larger scale. Is Budweiser better than Duke, or Rolling Rock? Probably not and definitely not the workers at the Duke or Rolling Rock plants. That story was not the main focus of the book but one I clearly related to.

The development and shifts in urban areas are the main topic in the book and also the causes and results of real estate booms and bust cycles. Baltimore and Cleveland were cities mentioned for the housing bust. Although the problem was very serious, it was the “where” that became the issue. Poor people in run down areas do not create a serious problem for others. In fact, Baltimore has more vacated housing than it has homeless. In my own research, I found Bank of America was bulldozing vacant housing and donating the land to the city in Cleveland. The housing bust, however, became an issue when it started affecting the middle class.

This is a book is for serious scholars and graduate-level students in the covered fields. The Ways of the World is a time-consuming read but worth the effort it if you are knowledgeable in the fields. Harvey does not have all the answers and isn’t afraid to admit it. He does make the reader think. Especially think about the endless growth required to keep a capitalist society out of recession. When land resources run low, they are recycled, gentrified, and force people and businesses to move. When products to sell a saturated market are needed we make “new” products. I think a good example of this is (or was) the new phone every two years with wireless plans. Does you phone become obsolete after two years or do you just have to have the latest as a status symbol? China and India are rising and their populations are wanting what the First World already has and in turn, taking in more of the planet’s natural resources. Growth will have to end at some point in a world of limited resources. The Ways of the World is an interesting examination of the world, currently and historically, and regardless of one’s politics, it brings to the forefront some very important questions.

2 responses to “Book Review — The Ways of the World”