Book Review — What Kind of Creatures Are We? 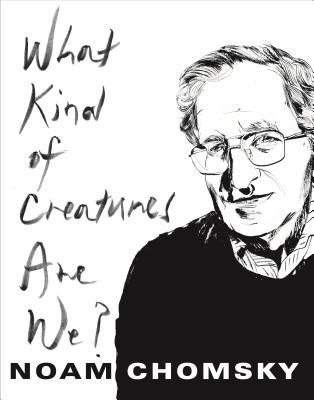 What Kind of Creatures Are We? by Noam Chomsky is a series of four articles concerning Chomsky’s area of expertise. Chomsky is an American linguist, philosopher, political activist, author, and lecturer. He is an Institute Professor and professor emeritus of linguistics at the Massachusetts Institute of Technology.

I have read plenty of Chomsky as an undergraduate and graduate student in political science. He is well known as a philosopher and political thinker in that field. I have always been interested in Chomsky’s writings in linguistics as he is so articulate in his writings outside his field. Language is a remarkable thing that humans use to relate complex thoughts. Animals may make patterns of noises recognizable to those in the herd such as “danger” but, humans deliver complex ideas and thoughts that are understood and carry a definite format. We can tell stories and preserve our history. In fact, we can use the same word to mean many different things and still understand. The word “set” has 464 definitions according to the Oxford Dictionary yet we do not confuse mathematics, tennis, concrete, and placing an item.

The first two sections, “What is Language” and What Can We Understand”, cover the use of words and the organization of words and their meanings. Both sections are detailed and in interesting. In fact, the entire book is is detailed and documented. Nearly half the book is documentation. Interestingly in the second section of the book, Chomsky compares the brain and the gut brain — the system of biochemical signaling of the digestive tract and the nervous system. It is the only system of the body that can operate without input from the brain.

The third section, “What is the Common Good”, returns to the Chomsky I am familiar with, the political Chomsky. The fourth section, The Mysteries of Nature: How Deeply Hidden”, brings science into the discussion and the cartesian and Newtonian and how our understanding evolved and was limited.

Language is something we take for granted, but like turning on a light, it is much more involved than flipping a switch. Chomsky gives the reader the befits of his half century of experience as a leader in linguistics. An interesting and detailed read.