Book Review — With William Burroughs: A Report from the Bunker 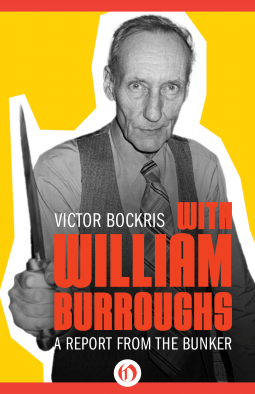 With William Burroughs: A Report from the Bunker by Victor Bockris is a collection of interview notes from the 1970s and 1980s. Bockris is the author of several books on the people in the New York underground — Patti Smith, Lou Reed, and John Cale. He wrote on the Velvet Underground, Andy Warhol, and Keith Richards.

Bockris is a man who was in the right place, at the right time, and with the right people. This is the second book of his I have read. The first was the unauthorized biography of Patti Smith which turned up nothing new nor, although a bit harsh, any real scandal that made it “unauthorized” in the contemporary muckraking definition of the term.

The book is a collection of notes presumably from recordings of meetings with Burroughs and Ginsberg, Lou Reed, Susan Sontag, Warhol, and a variety of other players in the New York scene. The discussions seem unscripted and flow as expected in a natural conversation. Burroughs talks about a variety of subjects from writing, politics, drugs, sex, and his wife’s death. The discussions are usually interesting and it was fun to see Burroughs get irritated with Ginsberg over semantics. Burroughs also makes a stand against him being the godfather of the (New York) punk rock movement. He says he has little to do with it outside of being a Patti Smith supporter and fan.

The meetings take place in New York and are down to earth for the most part just people drinking (and sometimes using drugs) and talking about art and the problems in the world. It is common talk and not pseudo-intellectualism. It is the blending of the Beats and the rising “punk” generation. Burroughs bridges the generations and in a real way helped direct the younger group. Burroughs lived the life and quite a long one at that especially with the life he lived. Generally, he is either loved or thought of as a fraud. Myself, although I am still pretty baffled by Naked Lunch, Junkie was well ahead of its time. This collection of interviews is well worth the read for seeing Burroughs in a relaxed, natural environment.

One response to “Book Review — With William Burroughs: A Report from the Bunker”