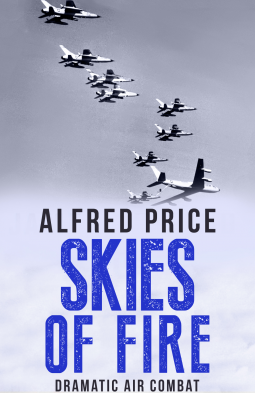 Skies of Fire: Dramatic Air Combat by Alfred Price is a collection of twenty-two war time aviation stories. Price served as an aircrew officer in the Royal Air Force and, during a flying career spanning fifteen years, he logged some 4,000 flying hours. He holds a PhD in history from Loughborough University, is a Fellow of the Royal Historical Society and compiles aviation questions for the popular BBC programme Mastermind.

Skies of Fire picks twenty-two stories over a hundred years of military aviation. From the biplane to drones, Price chooses stories or remarkable aviation deeds, but are not the ones we commonly hear of. There is no Flying Circus, no Enola Gay, no Vulcan 607. Instead, these are stories that have slipped through the cracks of common knowledge.

We are introduced to the De Havilland DH-4 bomber, not the Fokker Triplane. It began service as a bomber and was later used by the United States as an airmail plane. Early carrier experimentation is covered as well as a mission to land Spitfires on Malta in WWII to bolster Allied air power. A chapter is given to the America’s ugliest but most versatile aircraft the A-10. It was just last year air force A-10 pilots received medals from the Marine Corps for providing close air support saving the lives of Marine special operations team. The A-10 found itself in the Gulf war spending more time attacking ground targets than providing support for ground troops.

The Vulcan is mentioned in an attack that occurred after the famed Vulcan 607 mission to take out the runway on Port Stanley. This mission was to knock out Argentinian air defenses that had been hampering Harrier missions. The Vulcan proved its worth and the pilot managed to save the plane from disaster.

Two chapter are devoted to unmanned operations. The German V2 rocket and the current drones are each given a chapter. Although technological marvels of their time, they lack the mystique and the bravery of pilots.

Price shows that heroism in the skies during wartime extends beyond the few stories we hear repeated. Taking nothing away from the stories of the Flying Circus, Doolittle’s raid, MiG Alley, and the helicopter pilots of Vietnam, Price adds to the distinguished history of pilots and their aircraft. 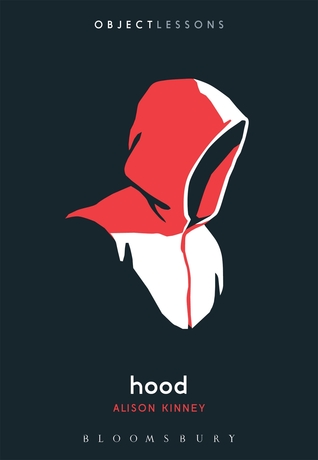 Hood by Alison Kinney is a look at a common feature of clothing throughout history and legend. Kinney is a writer based in New York. Her work has appeared in The Hairpin, The Literary Review, and Gastronomica.

Since moving to Texas, I look forward to fall. It’s the short time of year where I can wear a hoodie. As a kid in Cleveland through the 1970s, a hoodie was part of everyday clothing. Worn alone in the fall or under a denim jacket and down vest. It was that universal comfort clothing. Today it carries the stigma of a street punk, probable cause, or “hood.”

A short history of the hooded Klan is given and the evolution of the well-known white costume and hood. The hood still carries its stigma of racism with businesses in communities banning hoodies in their establishments. Business cannot ban minorities, but they can ban the clothing worn many minorities.

Hood is a short book with a sizeable portion devoted to cited works. It still presents more history than expected on a simple piece of clothing. Hood also manages to explain away some of the urban legends of its long history going back to the ancient Greeks. A very educational and well-written study. 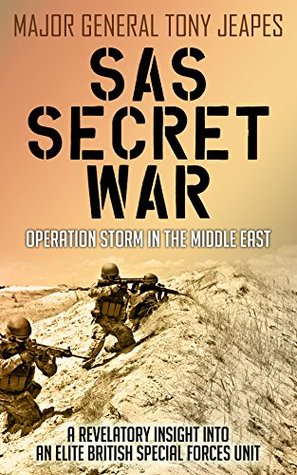 <i>SAS Secret War: Operation Storm in the Middle East</i> by Major Tony Jeapes is the history of Dhofar Rebellion in Oman. Jeapes was the first SAS officer to reach the rank of General. He commanded the British forces in Northern Ireland during the 1980s and retired as commander UK land forces.

This book was originally published in 1980 as <i>SAS Operation Oman</i> after editing by the Ministry of Defence and the Foreign Office.  This edition was released in 2000 without the censorship.  The author does leave some names out of the book but includes the previously censored material.  Also included is a background on the Special Air Service (SAS).  The SAS is part of Britain’s Special Forces.

In the Cold War battles against a popular communist uprising, most were unsuccessful with Cuba and Vietnam perhaps the most well known. The Dhofar Rebellion against the Sultanate of Muscat and Oman is little known.  However, this is one of the most successful battles against communist rebellion.  The operation is still used as a textbook example of counterinsurgency in Britain.

Jeapes gives a detailed history with a calm personal account.  It is very British in that Jeapes records facts and leaves emotions out of the story.  There is some humor in dealing with the local soldiers and their attitudes.  The locals wanted their AK-47s and not the British weapons.  The AK47s were a symbol of a warrior taken from the enemy.  Even after demonstrating the effectiveness of the British weapons, it was still a hard sell.

The success of the mission lay in the ability to build trust and win the hearts and minds of the people.  One of the more important non-military aspects of the SAS involvement was veterinarian support to help the locals keep their livestock alive and well.  This was very well received.  Medical support and amnesty for surrendering rebel troops bolstered support. The Omani troops were treated well and made to feel part of the process and not token national support.  Not everything went smoothly in the planning and building stages, but issues were worked out.  The effort was not a one-sided British affair but a joint affair.
The <i>SAS Secret War</i> is a well written account of a successful and mostly forgotten counterinsurgency mission. It offers insight in cultural as well as military tactics in the formation of a successful undertaking.

Book Review — Understanding the U.S. Wars in Iraq and Afghanistan 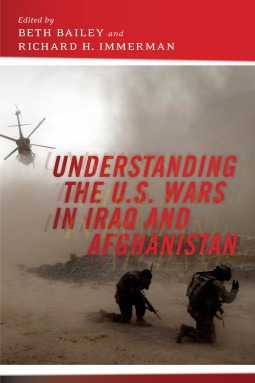 Understanding the U.S. Wars in Iraq and Afghanistan edited by Beth Bailey and Richard H. Immerman is a collection of essays examining America’s last decade and half of war. Bailey is Professor of History at Temple University. Immerman is Professor of History, Edward Buthusiem Distinguished Faculty Fellow, and Marvin Wachman Director of the Center for the Study of Force and Diplomacy at Temple University and the Francis W. De Serio Chair of Strategic and Theater Intelligence at the Army War College.

Reasons for invading Iraq and putting Afghanistan on the back burner are explained in practical political terms. It’s easier to focus a nation’s attention on an evil leader bunkered down in a defined nation than on a transnational terror group whose leader evaded successfully evaded US capture. Other aspects of the war that are discussed are the treatment of veterans and the “I support the troops” (until they come home and need help) campaign. The veterans who returned came back with a variety of disabilities both physical and mental and how these issues are being covered are part of an essay. With each war, we fight we see a greater number of returning veterans with problem adapting back to society. Mechanization and killing from a distance does little to curb these issues.

On the home front, the war had its own effect. America loves media and although several movies made on the two recent wars none of them were successful. The first-hand account of Rolling Stone reporter Evan Wright’s Generation Kill comes first to my mind. It seemed to capture being a Marine much more than portraying the war as a noble cause. Novels took a rather bleak look at the war also. The Yellow Birds and Billy Lynn’s Long Halftime Walk are not the rally around the flag type books that support a nation’s war. Perhaps news reporting was enough to remind America of the war.

Understanding the US Wars covers all aspects of the America’s 21st-century wars. Scholars write on more than just the physical war, but at ancillary aspects of the war. The use of different essays on different topics help give a complete picture of the war and its effects. Very well done and an enlightening read.

Book Review — Reckless: My Life as a Pretender 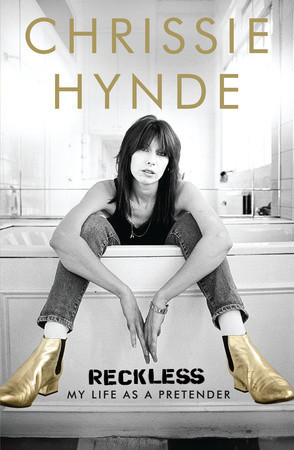 I was born and raised in Cleveland, Ohio just over a decade after the author. The book brought back so many memories of North East Ohio: The ultimate rock and roll radio station — WMMS, Blossom Music Center, Captain Penny, Barnaby, Chippewa Lake Park, and of course the red brick street where I grew up (Vineyard Avenue and there are still red bricks). There were also other memories of the motorcycle gangs riding the streets, and surprisingly, putting out a house fire on my street before the Cleveland Fire Department could respond. Hynde, however,  has different memories of the biker gangs. The 1960s and 1970s were not good decades for Cleveland.

Hynde does not sugar coat her life and the events. She takes responsibility for what she did and what she did while intoxicated. The origin of some of her song lyrics are explained in the context of the book. It is a well written and personal biography. She explains her life to whoever is reading in an informal and interesting manner. This ranks up with Just Kids and M-Train for those in their fifth decade of life. There are many memories not only of Cleveland and Akron, but also the players in the punk movement from Iggy Pop The Sex Pistols.

I actually listened to this book from Audible. It is read by Rosanna Arquette who read well enough that the listener might even think it was the author reading the books. She seemed to capture the emotions and the spirit Hynde’s life. With the exception of repeatedly mispronouncing Akron as Ack-KRON (instead of ACK-rin), the reading was exceptional. A very worthwhile read for those who remember East 55th and Euclid being precious.

This book was read/listened to for person enjoyment and not review.