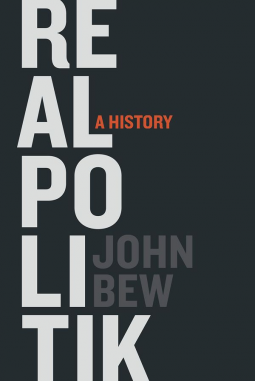 Realpolitik: A History by John Bew is a study of one of the most misused words in the discussion of international relations. Bew is Reader in History and Foreign Policy at the War Studies Department at King’s College London and Director of the International Centre for the Study of Radicalisation and Political Violence. In 2013, he became the Henry A. Kissinger Chair in Foreign Policy and International Relations at the Library of Congress.

The word realpolitik usually brings a host of terms to mind. The mind registers unilateral retaliation, Reagan, carpet bombing of South East Asia, nuclear deterrent, and perhaps a single man more than anyone else — Henry Kissinger. The problem is all these examples are wrong. Most reflect realism and not realpolitik. Kissinger said many times he was not Realpolitik, but as a realist with a German accent how could he be anything else. Reagan was not realpolitik either; he was a hard line romantic.

Realpolitik formed from the failed revolutions throughout 1848 Europe. It is tied in with nationalism and acting in a manner that is within the realm of the practical. Internally, realpolitik united the people under nationalism creating a system that distracted people from creating disorder that the 1848 revolutions brought to Europe. Bismark is often credited as an early supporter of the policy. His goal was to keep the state strong, but at the same time giving some ground to liberal or socialist policies to prevent a bottom-up type rebellion. By the late nineteenth century, realpolitik had lost its original meaning and had drifted to mean a more brutal power politics.

Bew gives the reader a complete history of realpolitik from its modern creator Ludwig von Rochau to perhaps one of America’s greatest international relations thinker Hans Morgenthau and post-WWII foreign policy. Also examined are swings in American policy from realpolitik to anti-realpolitik. Carter and Clinton would be the best known anti-realpolitik turning to moral guidelines in foreign policy. Perhaps the closest modern realpolitik president was George H. W. Bush who used power and alliance for limited practical goals. However, he was criticized for that. The freeing of Kuwait was the immediate and formal goal. Remove the threat, punish the enemy militarily and economically, but do not leave a vacuum of power. The mission was successful. It had realistic goals and was not distracted by non-reachable idealism. Two decades later the plan was to remove the Iraqi leader, disband the military, and be welcomed as arriving heroes bringing peace and democracy. This was not successful. There was no clear threat, it created a power vacuum that as of yet not been filled, and it was deeply set in unrealistic idealism.

Realpolitik is a comprehensive look at a mid-nineteenth century theory that has been interpreted and reinterpreted through the last one hundred and fifty years. Like many terms and ideas, it has changed from its original intent and has even developed regional meanings. It is a catch phrase, in America, that has come to mean power politics without a moral compass. It opposes idealism and the liberal theory. But, what realpolitik is and the role it plays in today’s society are two very different things.