Book Review — Islam and Democracy after the Arab Spring 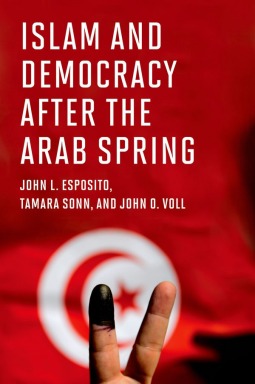 Islam and Democracy after the Arab Spring by John L. Esposito, et al is an examination of the present state of several Islamic countries and how they fared historically and to some extent democratically. Esposito is a professor of International Affairs and Islamic Studies at Georgetown University. He is also the director of the Prince Alwaleed Bin Talal center for Muslim-Christian understanding at Georgetown University.

Anyone who has spent time studying history or politics knows that democracy is a learned from of government. The United States learned it as a colony with town hall meetings, limited self-rule, and British tradition. Many after the Cold War expected Eastern Europe and the former Soviet Union would form neat democracies. Instead, the people missed the stability and predictability of the old system. The uncertainty of freedom and democracy were balanced with unemployment and bankrupt pensions. How is it expected that democracy would bloom in the Middle East? It was a region that did not know nationalism until twentieth-century borders were drawn. It is still a region where even today tribal alliances still play an important role. The idea of democracy is seen as a threat to many in all walks of life.

Islam and Democracy after the Arab Spring examines Turkey, Iran, Pakistan, Indonesia, Tunisia, Senegal, and Egypt. Each country’s history is very different and each country’s present state is also different. Turkey the long held example of an Islamic democracy is not without its problems, some serious. Most would dismiss Senegal, the West African nation, as a democracy, but it has the best democratic track record of the Islamic countries covered. French democratic tradition and a sense of nationalism Senegal adapted into a democratic country with peaceful transfers of power.

Each country is now facing the same problems of a large and largely unemployed youth. The younger generations have greater exposure to the world and information. It is interesting how it is viewed by the younger generation or those under forty. The corruption of the Shah is not a memory, but the war with Iraq and restrictions of freedom are. In Tunisia secular government corruption was the worry. In other places Islamic parties strive for equality, law, and preventing poverty, quite unlike they are viewed in the west. Some see Islamic law as a means of leveling the playing field between the corrupt and the poor.

History and tradition play a role in developing a democracy. Also, many of these countries were pawns in the Cold War which affected their development. Corrupt governments like Iran were supported for their strategic value. Turkey became a NATO member but was never accepted as a European nation. Senegal left out of the Cold War power plays and slow to gain independence from France developed well. Esposito goes a great way in explaining why democracy hasn’t taken hold in Islamic countries. The answer isn’t quite as simple as Westerns would like to think. Islam does not always mean oppression and democracy doesn’t mean social and economic equality. Islam and Democracy after the Arab Spring presents a balanced view of the political situation and history in countries with an Islamic population.