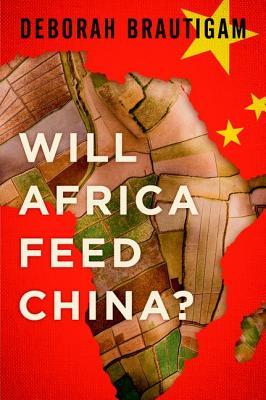 Will Africa Feed China? by Deborah Brautigam is a look at China’s involvement in Africa. Brautigam is the Bernard L. Schwartz Professor of International Political Economy and Director of the International Development Program (IDEV), and the China-Africa Research Initiative (CARI) at Johns Hopkins University’s School of Advanced International Studies (SAIS) in Washington, DC.

There can be little denial of China’s interest in Africa and its resources and arable land. The question is what is the purpose of China’s involvement. China’s need for minerals and metal from Africa is understandable as it is an export economy. But farming Africa seems counterproductive. Many Americans remember growing up and being told to eat all our food because there are starving children in China. In the 1980s, our televisions were full of videos of the famine in Africa. What can farming in Africa produce?

China is not starving. It produces enough grains and is looking to import corn and soybeans as animal feed. The Chinese diet is becoming much more meat centered. Food security is as important as food production and China is working on securing its future. China’s food interest in Africa is not altruistic, but for profit. China is not stealing food from Africa but working to develop, produce, and sell food locally. China has more than enough cheap labor farming at home that importing grains is not cost effective. Controlling production is effective. China wants to have its own Archer Daniels Midlands or Cargill and is looking to Africa for its farmland.

Sub- Saharan Africa, counter to popular belief, is fertile and has plenty of fresh water. The problem is access to the land and water. The most fertile areas are difficult to get to or require advanced irrigation. China aims to bring technology to the region and profit from it and at the same time be seen as spreading good will. The appearance of goodwill is necessary in a region that has seen outsiders as colonial powers.

Brautigam works to dispel many myths circulating about China’s involvement in Africa. Rumors of massive numbers of Chinese farming in Africa and buying up land. There are also rumors of China exporting rice it grew in Ethiopia despite a starving population. Will Africa Feed China is a well-researched look at China’s involvement in African agriculture. For those worried about China grabbing land in Africa, America is well ahead of the Chinese. A timely book providing an accurate picture of world affairs.