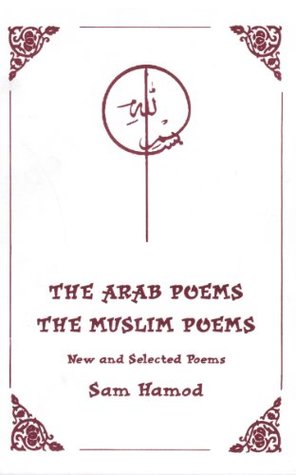 Sam Hamod captures many emotions in his powerfully worded poetry. There are touching poems of remembrance of youth and family. His father’s immigration to the US changed him from Hussein Hamode Subh’ to Sam Hamod. The son was named after his father’s anglicized name. There is the growing up Muslim in America and learning what a language that is not spoken here and maintaining traditions that seem embarrassing for a teen in America.

Hamod covers much of the Islamic world with his thoughts from Somalia to Spain. There is a heartfelt poem of finding a lone child’s shoe after a bombing run in Lebanon. There is also the terror and panic of people falling from the sky like angels after the downing of Libyan Arab Airlines Flight 114. Hamod captures the senseless misery that people inflict on other people and many times on the most innocent people.

There are peaceful poems too. Three women gathering olives and picnicking outside of Istanbul. The women are at peace separated from financial crises in Spain, Greece, and the United States. They are blissfully unaware of problems in their own government. Separation from the world’s events that they have no control over creates a sense of easiness. Sometimes violence and aggression are relieved in the most unexpected ways. A poem about Mahmoud Darwish crossing an Israeli checkpoint shows a man proud man harassed, and hit as he is progressively brought before higher ranking military personnel. He identifies himself as a farmer of words, and the old colonel is the first to recognize him. He then says that Darwish is well known and dismisses the other Israeli personnel. The colonel apologises for the others and says they do not understand. They are not Jews and the Colonel is a Jew, not a Zionist like the others. The two break bread and lament over the current situation of their peoples.

A very moving free form poetry collection. Hamod can capture anger, rebellion, pride, struggle, and family in a powerful way. I was initially concerned about the quality of Arab poems coming from a man named Sam but the first poem explained away that matter very early on. Hamod packs thunder in his words, but a thunder that is controlled with reason and humanity. An outstanding collection.