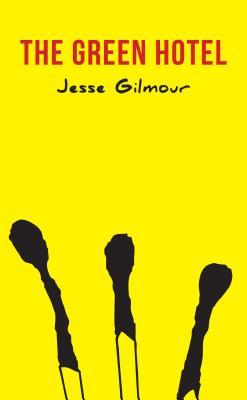 The Green Hotel by Jesse Gilmour is a novel by the son of Canadian author David Gilmour (not the British musician). Jesse Gilmour was a large part of his father’s memoir “The Film Club.” At age fifteen, Jesse was allowed to drop out of school and live at home as long as he watched three films with his father every week. This continued for three years.

In the father’s memoir, Jesse has problems with drugs and his girlfriend’s influence. In the fictional account, these problems are also represented. The son in the novel is Hayden and he has a girlfriend, Samantha, who has a drug problem. His best friend is Damon, a drug dealer and applies control on Hayden’s opiate addiction. Outside of his friends’ influence Hayden is also a bit of a pyromaniac and has been jailed for his compulsion.

One of the central themes in the story is the relationship of Hayden and his father. Hayden’s father is not the best role model or parent, but he does want to make amends. The father is a painter who seems to make enough money from his art. Hayden’s father convinces Hayden to sit for a painting. The two are an odd couple of sorts. Their relationship has been through quite a bit over the years, however, they seem to enjoy sharing drugs and drink as a father-son activity. Hayden’s father, however, does have something important he needs to share with Hayden and gain Hayden’s support.

For those American’s who think of Canada as something of an idealized Vermont or Maine, Gilmour shows you the side of Toronto that gives the seedy side New York a run for its money. The book reminded me of Herbert Selby Jr. novel with its dark tones and trapped characters. Hayden captures the addict’s mental state drifting back and forth into and out of the past. The reader will question is reliability as a narrator several times through the book and again once again contemplating the finished book.

A dark, real, innercity, experience that will stay with long after you finish the book.