And cold the sense and lost the motive of action.
And we all go with them, into the silent funeral,
Nobody’s funeral, for there is no one to bury.
I said to my soul, be still, and let the dark come upon you
Which shall be the darkness of God. 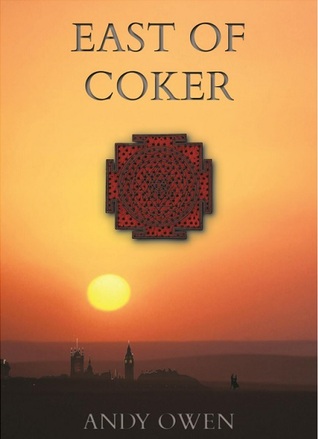 East of Coker by Andy Owen is a story of damage and recovery of the human psyche in the aftermath of war. Not since the Vietnam War, in America, have we seen so many veterans suffer from the effects of combat. It is not limited to America either. The coalition that struck down the Taliban government after 9/11 and the coalition that brought down the regime of Saddam Hussein all have service member suffering from the effects of Post Traumatic Stress Disorder. For some coming home is being dropped into an unfamiliar environment. Nothing is the same and there are dangers lurking in broad daylight. Common noises bring back memories of shelling and explosions. Everyday events bring back memories of war. Some who come back manage to cope. Others live in a near paranoid state. Still others, tragically, can not adapt and chose their own way out of life.

East of Coker is the story of a British combat soldier who makes it back home alive but damaged. The story is told in a stream of consciousness first person view. It first narrator, the soldier, tells his story in a flowing near poetical fashion. Whether this is intentional or my fault for beginning this book while reading a poetry collection, it works extremely well. The lyrical flow adds depth and deeper meaning to the words. Emotion is packed into each sentence.

One wonders if the narrator is reliable in his words and emotions. He is suffering, but how much control does he have of his thoughts. Reliability comes through in a unique way. He is not rambling incoherently. Here is a soldier making references to Koheleth, Charon, Isolde and refers to plants by their latin name. We have an intelligent narrator who has control over his higher thought functions.

The story has breaks and changes in the narrator. The soldier’s wife tells of her observations and distress. The third narrator is the Iraqi father whose son is translating for the invaders. This shows that it is not just the western soldiers, but the residents of the invaded country who are affected. He presents some serious but points that are overlooked by the “liberators.” The two additional narrators complete the circle and present the problem in as a multidimensional issue.

There are no simple answers. There are physical aspects as well as mental, with addiction playing a large role. The search for solutions creates its own problems. There is a dark feeling of dread that searches for hope in unusual ways. The story of the Polish musician creates its own warped sense of accomplishment. The sense of drowning physically and emotionally is a common theme throughout.

East of Coker presents an emotional look at a growing problem among younger veterans. People who volunteered to protect the security of their country’s citizens and found themselves trapped in a horror they could not imagine. The author has told me the proceeds will benefit a veteran’s charity that specializes in treating PTSD. This is fiction that mirrors real life. A timely subject of a tragedy that began the twenty-first century and will remain for years to come.