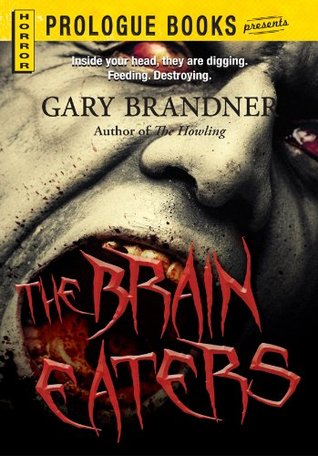 The Brain Eaters is one the many follow-ups after The Howling Trilogy by Gary Brandner. I read The Howling in sixth grade and it proved to be well beyond the appropriate level of a twelve-year-old. A friend made a post the other day that made me think of my youthful reading indiscretions and seeing how I read The Howling series a few times I decided to see what else Brandner had written.

The Brain Eaters sounded as good as any of his other titles, and boy did it take me back. Although published in 1985, it seems more in tune with the late 1970s. There is Vic’s Old Milwaukee Tavern that used to serve Schlitz, Carlton cigarettes, Gypsy moths, baseball series played against Cleveland, an evil corporation, and, of course, the Soviets. The hero is a newspaper reporter fighting his way back from a terrible fall.

The story is typical of something I would have grabbed off the paperback display at Lawson’s, a Cleveland area corner store chain in the mid-1970s. The plot is fairly predictable, there is an unexplained horror that is slowly realized as it spreads. The government refuses to recognize the problem and the Soviets are lurking in the background. The book is part horror story (with surprisingly non-graphic sex scenes), part newspaper man tracking the big story, and part something to kill time.

The writing is ok. The plot is ok. The memories it brought back were great. If you were around in the late 70s and fell into that cheap horror or cheap spy genre, you’ll probably like this book for the trip back in time. A fun read.