Dogs of war and men of hate
With no cause, we don’t discriminate
Pink Floyd, Dogs of War 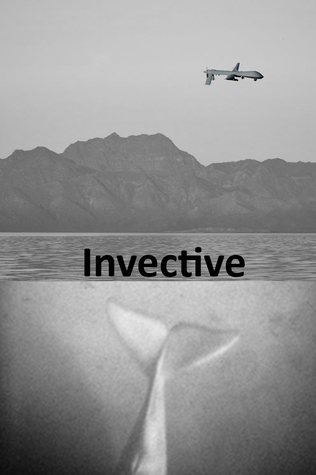 There used to be a television show called Connections hosted by James Burke. It was a history of science show that started at one place and ended back at the starting point through a long chain of events. It was an amazing series of unrelated events that brought together a final product. A similar situation happened to me. A Marine veteran of the Cold War and Reagan’s War on terrorism I came across Andy Owen, a British veteran in the current war on terror who now works in counter-terrorism. He offered his book for review and I accepted. I can almost hear James Burke saying, “A common mission but a generation apart and a continent away brought together by something we all use every day… Twitter.” as he walks off into the sunset.

Owen did tell me what he did in general terms and that the book would have a Moby Dick theme. I was expecting a stylized memoir of his service, instead what I got was completely unexpected and captivating. It is a story of a young man, Ismael, in England, raised by Indian parents. Life is a good, comfortable, middle-class existence. Ismael is a medical student who decides to do his duty and volunteer for a short tour as a medic in Afghanistan. In the process, he finds out that he is adopted. His father was a Pakistani and a suicide bomber.

Everything changes. His adoptive parents no longer feel like his parents. His volunteering, as a medic, changes to something different and more beneficial to the Royal Navy. He wants to find out about his father and if that which made his father give his life in a violent act is also part of his being. He searches for information about his father through the mosque and in the people he meets there. There is a path to finding out more about his father and that path leads to the great white sheik.

There are a few hints through the book to remind the reader that this story was inspired by Moby Dick. Most are very well done and not heavy handed. The great white sheik is as obvious as it gets. A brilliant job is done on Kwesi. He is Ismael’s friend who brought him into the select group from the mosque and to Muj, the leader of the group. Kwesi fills the role of Queequeg to a T, right down to the scars on his face.

I did grasp the Moby Dick theme fairly well. However, the best part of the writing is in the war going on inside Ismael. He is flooded with propaganda from both the British and from the cell he has found himself in. The battle between which side is right and which side is wrong perhaps boils down into which individuals are good and which are bad. Perhaps, too, the idea of sides is much more difficult in a world of grays.

I have been put off by most recent fiction, but this book shines. It captures the internal battle of a man’s life. Ismael is a character caught between his family’s past and his present as a middle-class man of immigrant parents. He is being fed propaganda from both sides and witnessing life through his own experiences. Truly, a realistic experience and accurate portrayal of jingoism on all sides in today’s world. Simply a great book and a very rare five-star rating for contemporary fiction.

Note: 70% of the proceeds of this book will go to War Child charity.