Thoughts on — Birdseye: The Adventures of a Curious Man 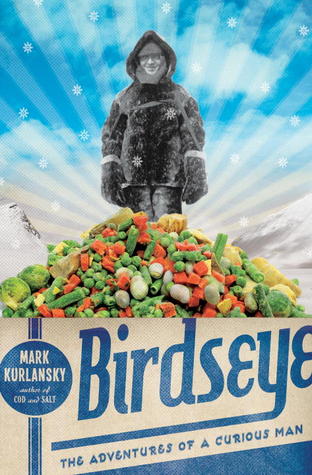 I was expecting a more traditional biography than what was presented. Birdseye seems to be the jumping off point to many of the tangents in the book. Although the tangents present useful information and a historical background, it distracts from the biography to the point of being filler material. Much of the book, in fact, seems to be a historical background with Clarence Birdseye making an appearance. For example, there is a great deal of information on Rocky Mountain Spotted Fever because Birdseye was part of the government study of the disease.

Birdseye, himself seems to be quite a character. He was a naturalist, which meant the shooting, stuffing, and eating as many and as many types of animals he could find. His desire to eat odd animals (field mice and starlings are two I recall) reminded me of a carnivorous Euell Gibbons parody. Birdseye was curious and that curiosity lead him through life. He lived in the American Southwest, Labrador, and South America looking at ways to improve industry.

There are many fallacies of Birdseye’s life brought out in the book. He did not invent frozen food. Frozen food was around before he was born, but it was low quality and far worse than canned food. Birdseye did make frozen food commercially viable and changed the way America bought food. That is the real story of Birdseye. His other inventions that made him more money are also covered. He was a curious man who saw something and immediately asked questions and began thinking on how it could be improved. It’s a good story, but the audiobook did seem choppy. I am not sure if this was because of the reader or the writing.