Book Review — Chaos and Identity; From World War I to Today 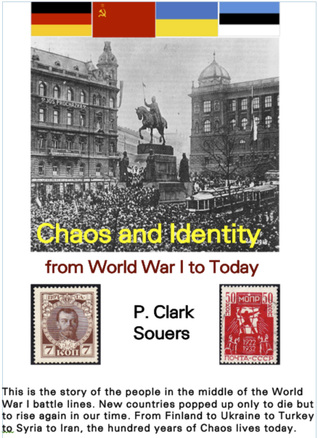 Chaos and Identity; From World War I to Today, by P. Clark Souers is the history of the countries trapped between Western Europe and the Russian SFSR. Souers does not claim to be a historian but a weapons scientist who owes his job to the fracturing of Europe.

I don’t remember what exactly got me interested in studying history, but one thing that certainly helped was stamp collecting as a child. Souers also has a fascination for stamps and uses them as examples in the changing borders of Europe and the Middle East. There are stamps from countries that no longer exist, and stamps of new countries’ with their names overstamped on the former’s stamps. There are also flags. Flags show the evolution countries and nationalities flags. Flags range from the Pan-Slavism movement to United Arab Republic to ISIS. Souers even presents the only flag with a mathematical symbol in it.

As an undergraduate history major, I thought I knew quite a bit about Europe. I have read piles of books on World War I and its aftermath, but still there are places and groups that are unfamiliar to me. Granted American history of Europe centers on Western Europe and Russia. Eastern Europe seemed to be first mostly ignored in WWI and generally lumped together, in the Cold War, as simply Soviet satellites. Souers delves into the histories of these small groups and nations and examines their history as individual states, not artificial countries. Many Americans didn’t realize the complexities, in say, the Balkans until Yugoslavia broke up into several nations with even more national identities. The same with the Soviet Union at its breakup. Thirty years ago how many people would have known where Chechnya was? Even for the more geographically savvy there are mentions of countries like Abhazia.

Souers writes with a folksy style that makes this book different from a standard academic history. I was a little put off by the style at the start, but the stamps and flags drew me in, and the new, to me, information kept me reading. Chaos and Identitydoes an excellent job at presenting and telling the history of a region that usually slips through the cracks in contemporary history books.