Thoughts on — Lusitania: Triumph, Tragedy, and the End of the Edwardian Age 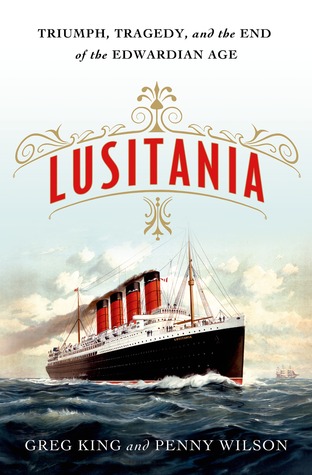 Lusitania: Triumph, Tragedy, and the End of the Edwardian Age by Greg King is another audiobook I took in this last week. The Lusitania has that mythical quality to it almost equal to the assassination of Archduke Franz Ferdinand. The sinking had vilified the Germans and has been credited for bringing the US into World War I. First the easy explanation, the sinking of the Lusitania happened May 7, 1915. The US did not enter the war for almost another two years; Government moves slowly, but not that slow. Under the Hague Convention, merchant ships could be stopped during the time of war and searched. The submarine would surface give warning up to fire a shot across the bow. The merchant ship would stop, perform no hostile act or run, and allow the search. If nothing was found the ship would be free to go. Otherwise, adequate time would be given for passengers to board lifeboats and the ship could be sunk.

Britain was the first country to break the Hague convention. The admiralty told captains to run, or better ram submarines, if stopped. Furthermore, Britain created armed decoy ships. These were merchant ships with hidden weapons. When stopped by a German sub they opened fire. Other captains would hoist a neutral flag and continue on. Ships also hid their names to avoid identification. In retaliation, Germany declared the British coast a war zone. The Lusitania, itself, was officially registered as an auxiliary cruiser or armed merchant ship. At the time of the sinking, the Lusitania was not flying a flag and the usually red smokestacks had been painted a military grey. It was sunk without warning for the above reasons. Had the Germans spent a bit more time looking at the situation, the result may have been different, but it was war. If the British had followed the Hague Convention, this result could also have been avoided.

is as much about an end of an era as it about the Lusitania. It describes the Edwardian Era as the Indian Summer before the beginning of the war. In modern terms, however, it was an era of the 1%ers. Greg King uses recorded interviews and journal entries from mostly the first class passengers. Some second class passengers are included too, but no third class since no one would have written about them and very few would have had any written record of the trip. The book goes into personal stories of the passengers like the Alfred Vanderbilt and prominent Canadians like the Ryerson’s are included. There is even a tie-in to the shootout at the OK Corral. Included are many interesting stories of people on the Lusitania and a bit of the ship’s history, but it is mostly a who’s who of the ship’s last voyage. The reader will also become more that familiar with the word gilded: Gilded Age, gilded trim, gilded this and that. Lusitania is an interesting book, but one that is not a typical history. It’s a history the E! TV would have written. The celebrities of the times written about with the backdrop of the war. Entertaining and with some historical value.

One response to “Thoughts on — Lusitania: Triumph, Tragedy, and the End of the Edwardian Age”