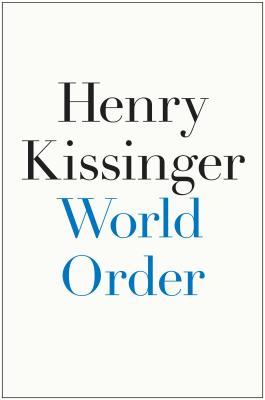 Love him or hate him, Kissinger is a giant in international relations. I thoroughly enjoyed this book in the audio format. Kissinger centers on Europe and later America, but he includes the Chinese, Iran, and Islam in general. There can be little doubt on where the father of American Realism stands on history and the issues. Westphalia was perhaps the greatest milestone in Western history. Unlike China, which viewed itself as the center of the world, or Islam, which fought for homogenized society, Europe found a way to use differences to produce a stable system. The concept that nations act in their own interest and are prone to war when they advance their interests is used to create a balance of power. Nations will ally with other nations to form blocks and these blocks adjust to changes. Essentially, there are two major blocks of power. No single nation will go to war because first the cost of war would be too high fighting not only the country you invade but also its allies. Secondly, other nations in the block moderate the behavior of its allies. This seems to work well most of the time. It is claimed that alliances were a cause of the first World War, but NATO and the Warsaw Pact kept peace in Europe. It is not the alliances that cause the problem but rather the players.

Kissinger criticized the Liberal Theory using the League of Nations as an example. It is hard to convince nations to voluntarily go to war when it is not in their interest. Germany could have been stopped, but there was no will among nations to do so. Alliances create the will and the bond. The Cold War divided the world to such an extent that more than the future of nations were on the line with war, the future of life on earth was at stake.

I don’t always agree with Kissinger, but I recognize his brilliance. He credits the United States as a nation that is different from all other nations because it supports democracy and freedom with its foreign policy. Forgetting or neglecting his role in establishing Pinochet as dictator over the freely elected Allende in Chile or support for brutal dictatorships. He does mention the Jeane Kirkpatrick’s thinking that right-wing dictatorships tend to build democratic institutions compared to leftist dictatorships. In another section, Marc Anthony would have been proud of Kissinger’s I come to bury Nixon, not praise him section. I was surprised that he also sang the praises of Gerald Ford for much the same reasons as I do. He accidentally came to power without owing others outside of government favors. I was surprised, too, by his praise for George W Bush’s handling of Iraq. The US abandons a just war to NATO while invading Iraq on claims of weapons of mass destructions.

The closing was also surprising in a way that never really occurred to me. In the internet age Kissinger explains it is easy to be a researcher, but harder to be a thinker. Readily available information in convenient bite-size pieces ends discussions of ideas and well, looks like a politics bulletin board where soundbite plays against sound bite until one person calls or compares another to a Nazi and everyone storms off. The internet also releases information at a fast pace. If an event happens on the other side of the globe people pick it up on Twitter in real time and news sources relay the information as fast as government sources. People demand that a policy be made instantly. Previously, there was time for create a plan of action. Even in Kissinger’s Westphalia example, respective sides stayed in towns forty miles apart. It took time for information to move. The more time available the more rational the decision. Kissinger also presents the another problem of instant information — political campaigns and public policy. With the information collection from online use, instant trending of public opinion politicians and presidents might be encouraged to follow trends rather than formulate long-term plans.

The world has changed since Westphalia but according to Kissinger behavior has not. We still establish stability in the same ways. I remember after the fall of the Soviet Union, someone said, “One of these days you are going to miss the USSR.” The bipolar world was a source of stability. Granted there were enough nuclear weapons to destroy the world several times over, the chance of them actually being used were very slim. There was order. We kept our allies in line and the Soviets kept theirs in line. When hostilities broke out they were in peripheral countries with the major powers not coming to blows. There was a sense of stability, conflicts were limited and global warfare was seen as something from the past. Groups like Al Qaeda, ISIS, Bosnian ethnic cleansing, and even the first Gulf War probably would never have surfaced. Perhaps the lesson is that there is never a perfect world and unlikely one can ever exist.