Book Review — And The Hippos Were Boiled in Their Tanks 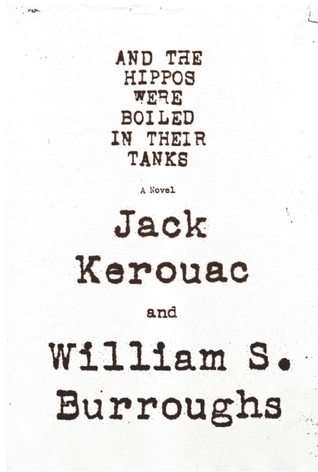 I “cheated” a bit with this book and used the audio edition. I started walking to work again and use the time to listen to a book. This version is read by Ray Porter. Porter changes his voice throughout the book reflecting the different authors. Kerouac and Burroughs alternate in telling the story of the death of Ramsey Allen.

Like many of Kerouac’s real life writings, the characters are real but their names are changed. Kerouac is Mike Ryko and Burroughs goes by Will Dennison. Ryko and Dennison tell the fictionalized story of mid-1940s New York City friends. Aside from the death, it is typical Kerouac writing and is typical of his usual fare. There is plenty of drinking. Some marijuana smoking and the attempt to escape problems by heading out to sea. There is also an openly gay character in the story who is well accepted, but also the motivation of the story.

The title has nothing to do with the story. It comes from the 1944 Hartford Circus fire. The paraffin coated big tops caught fire and 165 died and 700 were injured as a result. Burrough’s recalled the radio news story where the announcer said “and the hippos were boiled in their tanks.” This book was written in 1945 but not published until 2008 and was met with unimpressive reviews for its literary style. Overall, it is a good story of a group of friends who live fairly normal lives with perhaps an abnormal amount of drinking. Interesting people fighting the mundane.