Book Review — A Short History of the Vietnam War

The bombing campaign suffered from the same flaws as the rest of the war, however, its success being measured by the number of sorties flown and the number of bombs dropped. Of Course, what really should have mattered was how effective these sorties were in terms of achieving their objectives. 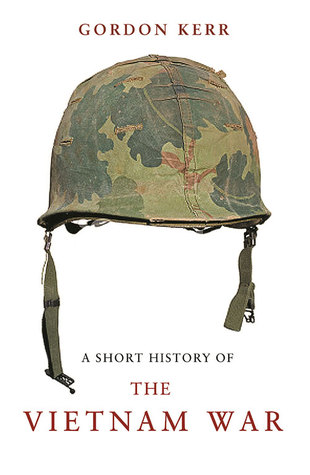 A Short History of the Vietnam War by Gordon Kerr gives the reads the basic history of the country and the struggles that lead the US into war. Gordon Kerr was born in the Scottish new town of East Kilbride and worked in the wine trade and then bookselling and publishing before becoming a full-time writer. He is the author of numerous books in a variety of genres, including art, history, true crime, travel, and humor.

Last month marked the 50th Anniversary of the first US troops to enter Vietnam for actual combat roles. The first to enter were 3,500 Marines of the 9th Expeditionary Brigade. Following the Marine landing in Da Nang over two and a half million would soldiers, sailors, airmen, and Marines would follow. Over 50,000 would never see their home again. 75,000 would come home severely disabled. The war was before my time, but I do remember older “kids” going away and blue stars in windows on my street.

Kerr’s book gives the reader a condensed history of America’s involvement, but also covers the countries history. The reader is given a general history of the last one thousand years of Vietnam, with special attention given to the 20th century. After reading the history, there is little wonder why Ho Chi Minh and others fought so hard in a war they felt was of liberation. Minh was present at Versailles attempting to petition Wilson on Vietnam’s independence from France, but was ignored. He later quoted the Declaration of Independence in his fight. Minh seemed to be a liberator first, and a communist second — after being subjected by the West.

The war is covered in generalities and not battle by battle. Terms in the war are explained like “search and destroy” and the conduct of the war is also covered. Kerr explains that the common references for hills by number is based on the elevation on a contour map. These numbers were used because the Vietnamese names were unpronounceable to the servicemen. Some hills received special names like Hamburger Hill which described a very pointless battle.

Problems in America are also covered. One of the most problematic for President Johnson was his other war. The War on Poverty and The Great Society were Johnson’s primary concerns. The funding of these programs, Johnson feared, were in jeopardy because of war expenditures. Johnson never wanted the war in Vietnam but seemed stuck by circumstance. We were already there and if we left it would be a sign to the Soviets of America’s weakness and inability to defend its ally (South Vietnam). Johnson balanced war commitments with the Great Society programs sacrificing war spending to preserve his social programs.

Kerr takes the reader to the very end — April 30, 1975 with the surrender of South Vietnamese President Duong Van Minh. The book is lightly documented with a bibliography and no citations through the text. Since Kerr is not introducing new or controversial material there is no real need to check source materials. A Short History of the Vietnam War is not meant for the historian or history reader. It presents what can be called the “Cliff Notes” for the war for those who might have an interest in the conflict but do not need a detailed account. A Short History of the Vietnam War lives up to its title and delivers a solid, basic history.