Book Review — The Lords and The New Creatures 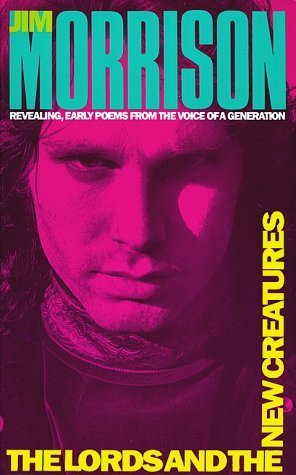 I first bought a copy of this book in 1982 and still had pages marked with cut up strips of post-it notes. I went looking for this book the other day and I could not find it anywhere. It was weird that a book that I carried abound the military in with several moves suddenly was gone. I ordered another copy and re-read it for the first time in several years. Perhaps knowing more about poetry than I did then might change what I thought about this book.

The Lords I read with new interest. The themes are easily recognizable. There is the city and its grittiness. Different rings of death, the city create different vices. There is sophisticated disease in the outer rings of the suburbs and the hard and unkind vices of the inner city. The thoughts of sex being the center ring of death makes sense in the most biological and evolutionary sense of our existence.

The main theme is the camera and cinema. The camera manages to catch the perfect form of the object or subject while the eye is imperfect. The must rely on the brain to save the image, and the brain remembers things as we want to see them rather than they actually existed. What we see is as the prisoners in Plato’s Cave Allegory see. The camera captures the true form and keeps it. Instead of Plato’s Cave, Morrison uses alchemy. Alchemy is not the father of chemistry he insists, but the search for pureness and the true nature of things. It is an interesting analogy that seems to capture the mysticism Morrison enjoyed.

The New Creatures is dedicated to Pamela Susan Courson, Morrison’s partner and common-law wife. It starts as a tribute and devolves to primitive man and finally to animals. The themes are not as obvious, but the work is more poetic in its form and style.

This is an interesting collection in several ways. The poems are not titles and use the pages to keep them separate. Poems that are longer use Roman numerals at the start of the verse to let the reader know the poem is a continuation. It is not always obvious. This is perhaps the first collection of poetry, outside of independent presses, that has no introduction or biography of the author. The back cover simply states:

Jim Morrison was the lead singer, composer, and lyricist for the Doors until his death in 1971.

A nice collection, if not a bit eccentric. Perhaps it is a bit dated when referring to cinema and photography in this age of photoshop and CGI movies. Morrison did have a degree from the UCLA School of Theater, Film and Television and that did have an influence on his work.