Book Review — Dawn of the Algorithm 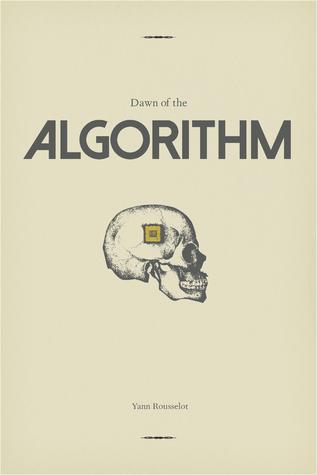 Dawn of the Algorithm by Yann Rousselot is a collection of traditional styled poetry covering unconventional territory. Rousselot describes himself as “a translator and writer living in the Paris region, originally from England, but also from Brittany, and more realistically from nowhere at all, being an expat-brat with serious issues of cultural schizophrenia.”

Good poetry gets short reviews because the poet says it all and all I am left to do is tell people “Wow!”  Wow! Dawn of the Algorithm is a short collection that covers a great range of ideas from what may be a slightly demented mind — and I mean that in the best possible way. Where else would you read of a depressed Tyrannosaurs Rex? The once ferocious creature that nightmares were made of is now a meme with comically short arms. Science does not treat him much better in finding that he might have been a feathered proto-bird. T-Rex has become the Rodney Dangerfield of dinosaurs.

There is cleverness hidden in the writing too. “Looking between the schist and diamonds “– geology or perhaps just an analogy with juvenile humor. “Film” creates an interesting story in a story. There is a rhythm in Rousselot’s that is missing from a great deal of contemporary work. The rhythm nicely compliments the subject matter. The end of the world played on Youtube in 1080p and online zombie warfare romance seem to take on an unexpected acceptance. Even when our politicians declare war on everything we will be comforted to hear it all read in the familiar voice of Morgan Freeman.

Rousselot takes the reader on a wild and exciting trip into poetry that even people who hate poetry will enjoy. Much of the subject matter is firmly in the age range of the Gen-Xers and Millennials, but it is not out of the reach of hip Boomers either. A very unexpected and enjoyable read. Highly recommended.