“It is unknowable how long the conflict (War in Iraq) will last. It could last six days, six weeks, I doubt six months.”
Secretary of Defense Donald Rumsfeld, February 7, 2003 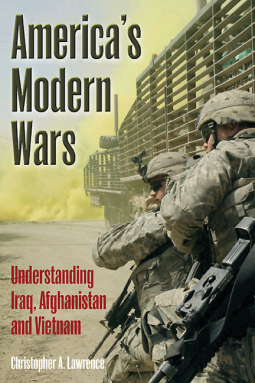 When America goes to war there are many considerations that should be taken into account. War should not be a knee-jerk reaction by political and military leaders as it usually is with the general population. There is detailed historical and statistical information that can be used in predicting the needs of a successful campaign. America has a poor record of estimating its enemies resolve and predicting its own casualties. Not all is bad. The First Gulf War and Bosnian interventions did have a much lower casualty rate than expected. Our quick venture to liberate Iraq, however, was grossly underestimated.

Using up to eighty-three conflicts that had occurred since the end of World War II, Lawrence attempts to create a standard model of small wars and insurgencies. Lawrence’s data confirms and disproves many standard assumptions about warfare. For example, force ratios have been used by some and discredited by others. However, current data show a tipping point at nearly a ten to one ratio in fighting insurgencies. This ratio does not guarantee success but makes it the statistical outcome in the vast majority of cases. Other factors that come into play and some are expected. If the insurgency is for liberation or political reason, there is much more resolve. Other aspects are included such as outside help, population size, borders, estimating insurgency size (usually dreadfully underestimated), and terrain. A look into the Rules of Engagement gives some very surprising data and it’s not what most people would think.

America’s Modern Wars is a very detailed look at modern warfare and its results as far as success or failure of insurgencies and counterinsurgencies. The amount of data in this book and the meticulous use of the data is incredible. Not just leaving his research to stand alone, he brings in other studies and schools of thought to compare to his results. The comparison and contrast itself is a wealth of information. In discussing America’s role in fighting insurgencies, Lawrence discusses America’s military responses and training. It was the Marines that first developed a manual for fighting insurgencies. The Marines experience in Central America in the interwar periods prepared it for Vietnam. The army was almost completely focused on a large-scale war with the Soviets. America found itself very unprepared for a war like Vietnam and really has not learned its lesson as the experiences in the Gulf War and Afghanistan show. A very scholarly and enlightened read.