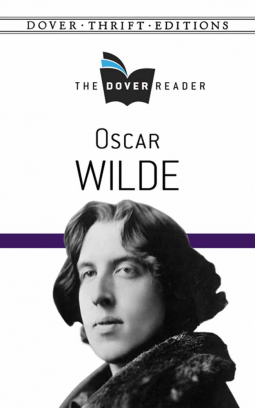 As with most people I have heard of Oscar Wilde, but unlike most people who managed six years of college I have never read him. I did hear of “Dorian Gray” in passing, and it even piqued my interest when that character had an appearance onPenny Dreadful. Still, it was never enough motivation for me to sit down and read it. Not that I am lazy when it comes to reading, but quite the opposite. I find it difficult to fit in books read purely for pleasure and putting it on a “to be read” list is like adding a drop in the ocean.

Wilde’s writing carries a deeper theme than what lies at the surface. At the time of the reading, I did not know that I was familiar with one of Wilde’s short stories “The Selfish Giant.” I saw the animated short back in the early 1970s and remembered it still today. It is a simple story with a moral and a religious theme. Simple, but elegant. Wilde’s short fiction pieces are very pleasurable. The nonfiction samples are interesting in themselves. More than just making a point, Wilde does it with style in “The Decay of Lying: An Observation.” The use of a Socratic dialog to discuss Romanticism and Realism fits right in with Wilde’s flair.

The other included works include the play “An Ideal Husband.” A play about marriage and blackmail and acted in over the top melodramatic fashion. Wilde’s most famous play is also included — “The Importance of Being Earnest.” Here again, wit, humor, and satire make this a classic. The longer work of fiction included in the collection is “The Picture of Dorian Gray.” A story of art, vanity, the obsession with youth and beauty. Even back then Wilde can comment on the superficialness of society.

The Dover Reader provides complete stories and plays rather than excerpts. Although not a complete collection, the material included seems to be the most popular and lasting of Wilde’s work. There is not detailed introduction with this collection providing background on Wilde or his work. There is a short three page “Note” presumably written by the editor Janet B. Kopito. All in all, this is a great collection. Most of the works included can be read in a single sitting, lunch break, or train ride commute to work. A great collection to familiarize (or refamiliarize) yourself with Wilde and his writing.