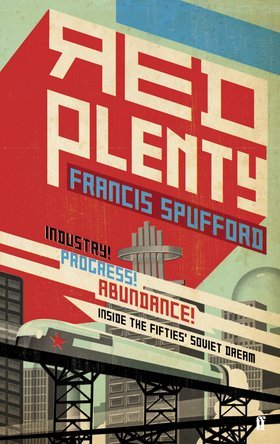 An interesting piece of historical fiction that looks mostly at the Khrushchev years where the Soviet Union was advancing in science and industry. It was a tipping point of the Soviet Union. Could they plan and grow an economy that could outpace the West?

There are stories of government efforts and ambitious youthful academics all wanting to make the system work. The personal touch makes our once arch-enemies very human and wanting the same things we did– peace, prosperity, and an end to dusty rutted roads.

Each section is prefaced with some real history and the fictional sections even contain documentation. Spufford does a nice job of reminding the reader that communism was not what happened in the Soviet Union. Communism necessitates an industrialized society. England and Germany were much better candidates than Russia. The industrialized world caved to the demands of the populations with social democrats and liberal governments to put the reigns on unrestricted capitalism. Communism only seems to take root in agrarian societies. The battle became one of free markets vs planned economies.