Book Review — Inside a String: A collection of Poems, Essays, Lyrics, and Prose 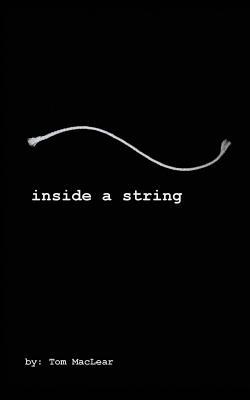 I have lived, loved, and lost enough and hard enough to finally understand what Buddha was saying…

Inside a String: A collection of Poems, Essays, Lyrics, and Prose by Tom Maclear is a journey through American culture. Maclear is a songwriter, producer, and entertainer who has taken up poetry.

Inside a String is a multidimensional journey. It travels the country from New York to California. It starts in the 1950s and moves through the 1960s and 70s and finally pulls into a stop in the present. It covers the Beats, the turbulent 1960s, the unsettled 1970s, and the ever-evolving present. The journey is also spiritual: beginning with Buddhism, moving to Catholicism, and ending in atheism.

There is a musical journey too. Although not part of the collection music has its role. After the first stanza of “The Village,” I was in Beat reading mode. I had the rhythm and pattern of the words that one naturally falls into when reading Kerouac or Ginsberg. I reached over and put on some Charlie Parker to complete the scene.

Yesterday is just a melted muse of lectures… leering at the multitudes.

There characters in different stages of the collection. A priest at a shelter and Cajun Rouge Andy who is a bit more than down on his luck appear near the middle of the collection. There is a hobo who manages his way on the rails passing through the suburb of Frisco ten miles north and west of me.

Inside a String is an interesting collection that blends many different styles and takes the reader down several different paths varying everything as reader moves forward time, or in direction, or to understanding.

It is not_Whether we exist It is but the purpose/ It is not that you stand here It is why.

Inside a String seems fairly straightforward at the start, but like the threads of a string it twists and turns disorientating the reader. But like a piece of string it does have a known beginning and a known end. Maybe it’s not about the destination, but the trip itself. A conventional collection on the very surface, but really experimental under the veneer of convention.