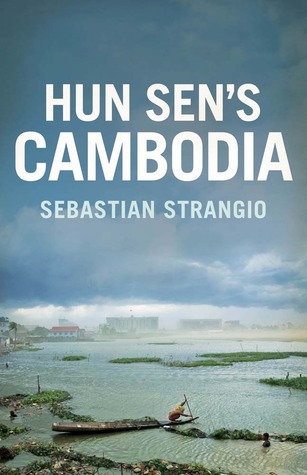 Hun Sen’s Cambodia by Sebastian Strangio is a history of modern Cambodia. Strangio is a former reporter and editor for the Phnom Penh Post, Cambodia’s oldest English language newspaper. He currently is a freelance writer covering Asia and resides in Phnom Penh.

Cambodia, for many Americans, is a place they may of heard in passing, but little else. For those of us over fifty we probably remember three things about Cambodia: Bombing during the Vietnam War, Pol Pot, and a Dead Kennedys song. My background in history and international relations added very little to those three things, except I do remember Pol Pot’s death and the “democratization” of the country.

Strangio splits the book into two parts intermingled parts. The first is a detailed history which is written in a standard fashion and is well documented. The second part is written as a reporter, more of a narrative nonfiction style. There is a fairly easily recognized style changes throughout the book. The narrative nonfiction is not a style that I like, but here is put to good use. Strangio has spent and reported on some of the more recent events in the countries history.

Cambodia was a country America wanted to forget after Vietnam. We were still bitter about the war and preferred to concentrate more in our own backyard of Central and South America. Cambodia became a puppet state of Vietnam and resistance was being fought by the notorious Pol Pot. America could not support the Vietnamese government, nor could it support Pol Pot. Carter’s National Security Advisor Zbigniew Brzezinski was quoted in 1985 saying that “Pol Pot was an abomination. We could never support him, but China could.” America could sit this civil war out.

The real story in the book is Hun Sen and his rise to power and his ability to hold power to the present time. There was a great effort to democratize Cambodia by the UN and it cost a great deal of money. Cambodia was expected to move from a tradition of authoritarian rule to a democracy in one move. The results are what should be expected — democracy in name only. Much as Mexico’s Porfirio Diaz, democracy can be a misleading term in describing some governments. Hun Sen succeeded in what counts on the international stage, stability.

Strangio spends a good deal of pages reporting to the reader the current situations in Cambodia. Cambodia is an interesting country with a good deal of freedoms for the people. An English speaker will recognize a free press with little restrictions. The native will see a restrict press. Censorship is much more pronounced in the native language. Ecologically Cambodia is in trouble as nearly forty percent of its forest are now gone. Most of the forests have been sold off for cash without much planning or thought to the potential damage. Phnom Penh has been expanding at the expense of lakes and property owners. The expansion called for filling in a lake which was a water sink during the rainy season preventing floods. The GDP of Cambodia tripled in the decade between 2003 and 2013, however much of Cambodia is in the financial control of a very few.

There is little doubt of the harsh history inside Cambodia. The progress that shown today is mostly just on the surface. Life is still harsh for the vast majority, but far less so than it was during the time of Pol Pot. It was a country that was perhaps too quickly pushed into a democracy. Very few countries make a smooth transition from an authoritarian state to a democratic one. Cambodia is showing hope and that hope is in the hands of the man running the country since 1998. Establishing a stable modern democracy is a long process and it took decades for South Korea to (arguably) move into that category. Sen Hun’s Cambodia is an excellent study of a country, a man, and the current situation in Cambodia. Well worth the read. 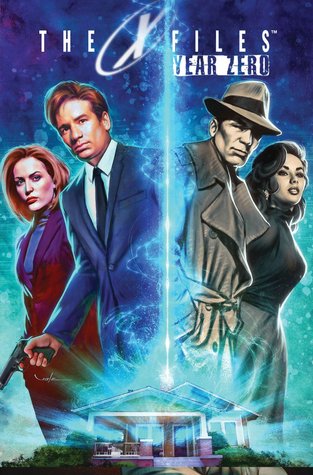 X-Files: Year Zero by Vic Malhotra is part of the continuing adventures of Agents Mulder and Scully. I remember when Sunday evenings were a time to look forward to. I never missed an episode of the X-Files, even the reruns. It is also the only series I own all the DVDs.

I usually don’t read graphic novels, but seeing it was the X-Files I decided to give it a read. Mulder and Scully remain true to character. Mulder is pushing the boundaries of what is believable and Scully remains his reality check. It is nice to see both have made the transition into the twenty-first-century technology. The old brick phones have been replaced with current technology, and the characters, though the magic of the printed word, have not aged.

There is a parallel story that runs and converges with Mulder and Scully’s story. It also involves a male special agent and a female “special employee” (since women could not be agents) in 1946. There are similarities and cross similarities between the pairs of agents that were fun to discover. The Mr. Zero/Xero character is the keystone tying together the two plots.

The story is very well done and the artwork was particularly interesting. The artwork for the present is standard fare, but the artwork for the part of the story that takes place in the 1940s is very different. It actually looks like it was pulled for a 1940s comic book. A very nice touch and tribute to the past. The difference also helps separate the stories. I am sure some die hard fans can nitpick points to no end here, but for me the X-Files was fun and escapism. I had no problems following along with the story or with any new or different explanations in the X-Files mythology. I loved the X-Files and Year Zero fell right into place with me. It was like seeing an old friend again.