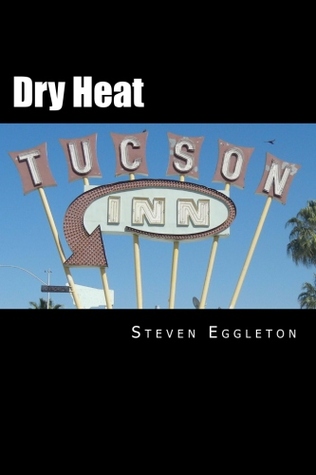 A couple years ago I saw this book as a Goodreads give away and entered to win it. I didn’t win it. It kind of bothered me that my library didn’t have it and neither did Alibris. So I waited and didn’t forget about it. One day I stumbled across the e-book when looking something else up and bought it. I don’t know what drew me to the book. Maybe it was Tucson on the cover reminding of a friend who used to live there. I am not sure.

I picked this book the other day and read it in two sittings. I think if I would have remembered something about the book other than the Tucson Inn on the cover I probably would have forgotten about it. It was not what I was expecting.

Vincente is almost your perfect example of a Gen X slacker stereotype. He doesn’t live to get high, but rather gets high to get the will to live. The world is screwed. You work for slave wages with some glimmer of hope that you will get ahead only to find yourself working harder for someone else to get rich. It’s a losing battle. Vincente works in the deli at a grocery store making enough money for rent and dope. His outlook is bleak. There are the rich who keep getting richer. There are the wage slaves like himself and then there are managers. Managers think they have it good. Really they no different than the wage slaves, except they have a gold vest instead of a green apron.

There are a few times the author does nail the store meetings. The owners compare new competition to the Nazi blitz on Europe and can work a crew of part time, minimum wage, no benefit workers into a frenzy of loyalty. Some of the observations Vincente makes are very clear and very real. He is not bitter to be bitter, but bitter because he knows.

I liked the story. Vincente is not always likeable, in fact, sometimes he is easy to hate and he knows this. One thing that bothered me was one of Vincente’s girlfriend’s father was known as ” The Colonel” because he was a colonel in the navy. The navy is the service without colonels; that rank is called captain. Good story. A bit on the bleak side, but realistic.