Some Notes on Mrs. Dalloway 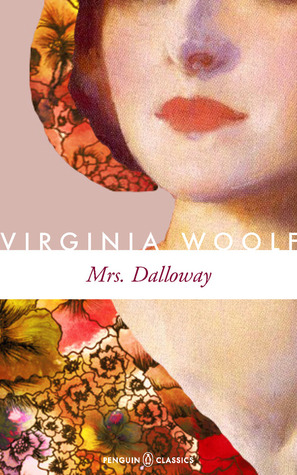 A dinner party in the works; flashbacks to the past; people from the past returning to the present; a soldier who finds society evil; and the decline of an empire all combined into a wonderful and image filled novel with several themes including some thoughts on a relationship (which may have been a direct reflection on the author). The book tackles several temporary controversies and most characters represent a particular issue.

I really enjoy Virginia Woolf’s writing and am just going to stick to a few points with this years reading. First there is poetry in her prose. Although Woolf believed prose was her calling but her words tell a different story:

“But there could be no doubt that greatness was seated within; greatness was passing, hidden, down Bond Street, removed only by a hand’s-breadth from ordinary people who might now, for the first and last time, be within speaking distance of the majesty of England, of the enduring symbol of the state which will be known to curious antiquaries, sifting the ruins of time, when London is a grass-grown path and all those hurrying along the pavement this Wednesday morning are but bones with a few wedding rings mixed up in their dust and the gold stoppings of innumerable decayed teeth.”

That is from the scene when near the opening when Mrs Dalloway goes into town for flowers for her party. There is a black car with curtains drawn in the passenger compartment. It causes quite a stir among the people. Who could it be in the car, the queen, the Prince of Wales, the prime minister. The scene is interesting because people clamor about and wonder and hope that it is someone of importance, so that the common person would be with in a hands breadth of greatness. There seems to be almost a circus effect for the people on the street. There almost seems to a bit of mockery in the writing concerning those whose greatness comes from birth.

There is a serious message on post traumatic stress disorder in the character of Septimus. He is a veteran tortured by the war. He lost a friend before the Armistice. Among the very sad aspects of WWI was the rush for commanders to make a name for themselves. With the date and the time of the armistice made official many allied commanders used that last bit of time to risk their troops in land grabs, even though the war for all practical means was over. The eleven hours of November 11, was a needlessly bloody event. Britain honored its dead, but really had no idea what to do with the mentally damaged men when they returned home. Locking them up and isolating them in quiet was the treatment. It was not a cure, but it kept them out of public sight.

Woolf again is not afraid to take on social issues. She does this with the main character Mrs Dalloway too. Atheism is brought up:

“To see your own sister killed by a falling tree (all Justin Parry’s fault–all his carelessness) before your very eyes, a girl too on the verge of life, the most gifted of them, Clarissa always said, was enough to turn one bitter. Later she wasn’t so positive perhaps; she thought there were no Gods; no one was to blame; and so she evolved this atheist’s religion of doing good for the sake of goodness”

Doing good for the sake of goodness has a very positive ring to it, rather than doing good from a fear of eternal punishment. As in Day and Night when, Katerine suggests to her mother that she may just live in a cabin with Ralph instead of getting marriage. Woolf, here too, pushes social norms with Clarissa Dalloway’s love for Sally Seton. Coincidentally, too Catherine’s mother makes an appearance at the Dalloway’s party, at least in name.

I wrote much more than I intended. I also wanted to mention:

1. Age: Fifty is both considered old and the prime of one’s life by different characters.
2. How friends change Sally and Peter
3. Doris Kilman… I want to write more about this particular character.

That will have to wait until next years re-reading of Mrs. Dalloway.