Book Review: Robert Plant: The Voice that Sailed the Zeppelin 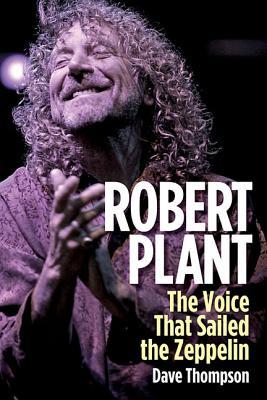 If there was one band as a kid and teenager that I thought was the greatest band in the world, it was Led Zeppelin. If you asked most of my friends “What do you listen to?” the answer would have been, “Led Zeppelin, Pink Floyd, and Van Halen (sometimes substituted with AC/DC).” Led Zeppelin was whom we thought of when we thought of Rock and Roll.

Thompson takes the reader back to Robert Plant’s youth and post Zeppelin days in alternating chapters. There is an attempt to bridge the gap of years together, but it does not succeed in doing it smoothly. The author makes John Bonham’s death the center of the timeline, much like the separation of the calendar into BC and AD. Bonham was an important friend and Thompson uses his death to separate Plant’s life into two stages Before Zeppelin and After Zeppelin.

The book is fact-filled to the point of seeming more like a research paper than a biography. It presents factual information on many rumours that have circulated about the band. It also ties Plant’s life closely with Led Zeppelin even after the band broke up. Thompson gives the impression that Plant was trying to escape his previous fame with his newer works. That is believable, but the writing makes it seem like Plant and Zeppelin were Siamese twins, and Plant, at certain levels, could not escape.

I really looked forward to this biography. I thought it would bring back a rush of feelings and that nostalgic feeling of youth I get when I read a Patti Smith or Doors biography. I did not get this feeling here. Perhaps if the book was written in chronological order there would be a sense growth and shifting views in Plant’s life. Instead, there is a switching between “This is Led Zeppelin” and “This is not Led Zeppelin.” A good portion of the book covers the post Led Zeppelin life of Plant. I knew a few of the albums; Now and Zen and The Honey Drippers, and his work with Alison Krauss, but much of his later work was news to me. His anti-war message was drowned out by others like Patti Smith and Bruce Springsteen who have kept more of a social voice to their music. Although thirty-five or so years later, I still have a great appreciation for the Led Zeppelin and individually, Robert Plant, Jimmy Page, John Paul Jones, and John Bonham. Their music was an important part of my growing up, I just wish this biography could have been more alive with the magic of the music and less impassive.