Book Review: The Girl They Sold to the Moon 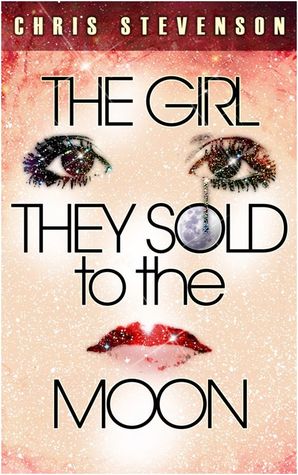 The Girl They Sold to the Moon by Chris Stevenson is a Young Adult science fiction novel. Stevenson is an Alabama resident originally from Southern California. He has worked as a federal police officer, reporter, and a mechanic. Stevenson has nine titles that appear on Amazon in the science fiction, fantasy, horror, thriller, and romance genres.The Girl They Sold to the Moon starts with an interesting premise set in the not too distant future. The economy collapsed in sometime before 2020, and the poor and middle class took much of the brunt of it. Although there is advanced technology like wrist worn computers that carry the individuals DNA and complete history, many people live in shipping containers located in makeshift camps. Debt, taxes, and other liabilities have created a demand for a new way to secure loans to avoid jail time for tax evasion and debt. FTALC is the corporation that met that need. Reginald Breedlove is about to pawn his seventeen year old daughter, Tilly, in exchange for a loan. The terms of the loan are fairly simple: a $90,000, six month loan, at 6% interest compounded daily (that comes out to $92,751). The rate is not that bad, but paying back that amount in a dead economy seems more like an addiction to payday advances than a way out of debt.While Reginald received his money, Tilly is turned over to FTALC to work until the end of the loan period and the loan is paid back in full — six months. FTALC has an image to maintain, and there are implied promises of On the Job Training and classes. However, once the papers are signed and Tilly begins in processing behind closed doors the reality sets in. Guards move the new indentured servants through a near Orwellian life. Guards control movements and strict enforcement or rules are carried out by video surveillance. Tilly is assigned to work a mining colony on the moon. She is lucky in a way. Tilly is not assigned to menial labor; she is a dancer. Lucky, too, that the dancers are more closely resemble risque show girls than strippers.Needless to say, there is no on the job training for a new skill, unless that means dishwasher or dancer. Tilly hears horror stories from other workers about the parents who abandoned their children to FTALC by defaulting on the loans. That left the children responsible for paying back the debt on the meager wages they earned; keeping the child indebted to FTALC. Some end up trapped in the system for many years. There are also husbands who ditched their wives to TALC to make a clean start with no intention of paying the loan back.What follows is Tilly’s story and her six month tour as a dancer on the moon. The story line reads well and straightforward. There are some surprises and plot twists to hold the reader’s interest. I have a little trouble defining the Young Adult classification. The character’s in the story are mainly in their late teens, there is some violence, as in fighting, and although there is some innuendo there are no sex scenes and Tilly character seems quite innocent. Readers will find Tilly a very likeable and believable character. Without exception, the other characters all play very real and human roles.The Girl They Sold to the Moon in two sittings. I found the premise of economic collapse and the markets’ answer very interesting. I can’t say that this novel predicts the future, but it takes only a little perception to see how it could evolve. One only has to look as far as a country like Saudi Arabia and its labor contracts to third world nationals to see how this system has already taken roots. Although the story itself was good, the setting and environment the story takes place in made it work for me. The Girl They Sold to the Moon is an excellent summer afternoon read.