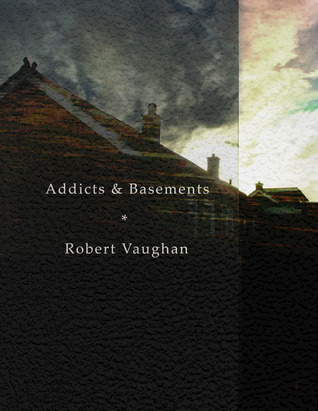 Poetry is something fairly new to me. My start was with my history background and World War I poetry. I have since started taking poetry collection in for review and ran the gamut of themes and poets. From the traditional, to open verse, to truly experimental, and poets from pastoral, to inner city, to LGBT poetry have all become part of my reading. For contemporary poetry I prefer that gritty, Selby-esqe, rough, punk rock type of writing. When I received the request forAddicts & Basements, I accepted it because it looked to fit my preferences. The title, a play on words, reminded me of the Neil Young song The Needle and the Damage done. Addicts & Basements did have the grittiness I expected and shockingly sometimes went much deeper than socially acceptable grit, but nothing deeper than real life.

“The Black Sea” seems to set that tone but with grace and style. I had a feeling that this collection would be something I would like when the introduction featured three quotes one from William S. Burroughs, one from Virginia Woolf, and one from Morrissey — whom I know as the guy who sings Meat is Murder. My kind of people. Some poems have a very dark underside to happy family life like “Vaporous” others seem all out creepy, like “A Wonderful Life.” “On the Wings of a Dove” is a touching tribute to Matthew Wayne Shepard. Other poems relate to real life. We all know someone like the speaker in “Pool Hall.” “The Basement” relates to the fear I experienced of my own basement as a child. It was not a dead cat that did it to me, rather it was Dark Shadows. The feeling, however, is still the same.

The voice speaking the poems seemed to change throughout the book. There is a voice speaking as a father, one as a boy who knits a pink scarf for his grandmother, a young woman, and at times the reader is left to determine the gender or orientation of the speaker. This may be a bit confusing for those who associate the writer as the speaker. The writer, however, is an artist not a gender, or as Patti Smith put it: When I’m writing a poem or drawing, I am not female; I’m an artist. Perhaps, it is one step farther than that as Smith also says: “All gender is a drag.”

Intermixed in the collection are two poems that held a personal meaning with me. “Wheels” is fifteen lines about going back to his Schwinn. “The Patio” is about witnessing a cyclist getting hit by a car. In a split second the customers enjoying margaritas and queso and suddenly experience a bicycle getting mangled and a cyclist going through a car’s windshield.

Addicts & Basements is that real life poetry. It does not apologize for its contents. It reports from various angles, on various themes, from various witnesses to produce a real look at the world and the relationships of its inhabitants. Addicts & Basements pushes the reader out of his or her comfort zone. It leaders the reader through the underbelly of society very much in the same way Virgil lead Dante. A truly outstanding collection of cutting edge poetry.