…I value freedom; and have never expected freedom to be anything less than indecent.
e.e. cummings 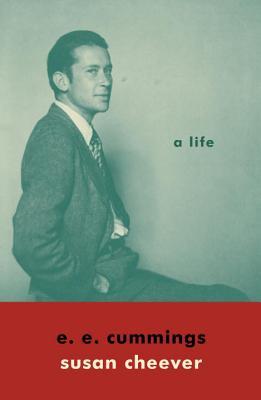 E.E. Cummings: A Life by Susan Cheever is a biography of the American poet, Cheever is a graduate of Brown University, a Guggenheim Fellow, and director of the board of the Yaddo Corporation. She currently teaches in the MFA program at Bennington College and the New School. Cheever is the author of over a dozen books, including American Bloomsbury.

The book is short for a biography of a man with a long history, but it concentrates on the high and low points and avoids the lulls that are found in longer biographies. The life story, however, seems to be complete. Cheever met Cummings when she was still in school. Cummings was performing a lecture and reading at the Masters School. Her father was friends with the poet. The young Cheever was impressed by Cummings anti- established opinions. At that time, his work was compared to Marcel Duchamp’s “Nude Descending a Staircase.” The comparison is more than subject matter, but style. Duchamp attempts to capture the entire descent down the staircase, start to finish, in a single image and Cummings attempts to capture the same effect with words. It was at Cumming’s suggestion to her father that Cheever was moved from her uptight school to a very progressive one.

Rather than summarize Cumming’s life in this review, I will look at something Cheever does in the book. Late in the book Cheever compares Cummings to Wordsworth. Wordsworth’s love for the outdoors, “Tintern Abbey” for example, and Cumming’s Joy Farm. Both men idolized youth and saw that youth had a purity that was missing later in life. I also found a few parallels myself. Both men had daughters out of wedlock and were separated from them. Both men traveled a great deal for their time and class. Also, both men had a negative view of the establishment. Wordsworth support for the Republican movement in France, but was abhorred the Reign of Terror and the subsequent crowning of an emperor. Cummings also had his problems with authority and the establishment that went much further than youthful rebellion. Much like Wordsworth, revolution excited Cummings. He wanted to see the paradise that the Soviet Union had become, but left disillusioned. Cummings became disenchanted with many things in his life he hated Jews and he hated Hitler. He hated Roosevelt and he hated Stalin. He was an equal opportunity hater.

E.E. Cummings: A Life is a well researched and well written biography of one of America most read poets. Cheevers captures the life and the mind of the poet. Like most writers of his time he lived an exciting life, filled with controversy, alcohol, and prescription drugs. His life can be compared to that of a modern rock star. The highs and lows of fame. He had the groupies and the crowds. And like very few rock stars he was able to rise above the moment of fame and produce a lasting work and a lasting name.