Book Review: A Republic of Wolves. A City of Ghosts 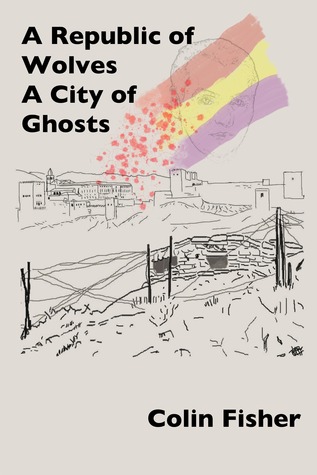 A Republic of Wolves. A City of Ghosts by Colin Fisher is a fictional account of part of the Spanish Civil War. Fisher was born in 1961 in Kirkintilloch, Scotland and graduated with a masters degree in history from Edinburgh University in 1983. To supplement his writing Fisher teaches at a British school in Madrid. Spain has been his home for the last ten years.

In A Republic of Wolves, the Spanish Civil War did not end in April of 1939 but went on into 1940, and the trenches encroached on the city of Madrid. I wondered why the author would have the war extended into the next year, but I came to realize it created some interesting twists. First, the Communists supporting the Republican forces are neutralized by the Molotov-Ribbentrop Pact, otherwise known as the German-Soviet Non-Aggression Treaty, in August of 1939. The Republican communists are viewed as traitors as the Soviets allied with the Nazis who supported the Nationalist fascists. It also opened up American support to the Republican forces. In the novel, America comes through with planes, tanks, and consumer goods. Propaganda posters originally showing the USSR as the Republican partner are slowly being replaced with ones showing Uncle Sam.

The story centers around Maria, a middle aged woman who delivers food to refugees in Madrid. She isolates herself from the war as much as she can. In Republican held territory, she needs to be. Her husband was a Falangist who influenced her oldest child. He was not a good husband and mistreated Maria. He did not survive in the war and appears to have been executed in the street. Maria also maintains a low profiles as her oldest son is in the trenches of Madrid, on the Nationalist side. A chance meeting with her son changes her life. She gains the attention of Captain Gregorio and Sergeant Izaguirre and is the key in meeting with Ignaz Gunter who will only meet with Maria. Maria is also cautious around Republican officials because it appears her other son is a deserter from the Republican forces. Her low profile existence is about to change.

Captain Gregorio is an interesting character in himself. He has earned the respect of his men and soldiers in general. Gregorio does something every Marine will recognize; he puts sergeants in charge of the men and lets the experienced non-commissioned officers carry out his orders. He keeps a veteran, 50 year old, sergeant with him and has the sergeant execute orders. He takes Maria in to protect her from enemies on both sides. Gregorio is also on a mission of his own that he is determined complete.

Fisher does an excellent job of showing the chaos involved in the war. The Spanish Civil War was not a two sided war. It was made up of two opposing coalitions that were by no means cohesive. Extending the war a year shows the splintering of the sides, especially on the Republican side. There are points where people could no longer trust their own friends.

A Republic of Wolves starts slow and builds up fairly quickly into a fairly intense story. Maria is a very likeable character who is dragged into the war by events beyond her control. Gregorio makes for the perfect officer, smart, determined, and unemotional. When others rant he remains calm. Sergeant Izaguirre is the model non-commissioned officer and looks out for his people including Maria. Great characters and setting make for excellent reading, and the alternative war history allows for some interesting plot twists. A City of Ghosts is plausible alternative history with a very well written story.