Book Review: Dylanologists:Adventures in the Land of Bob 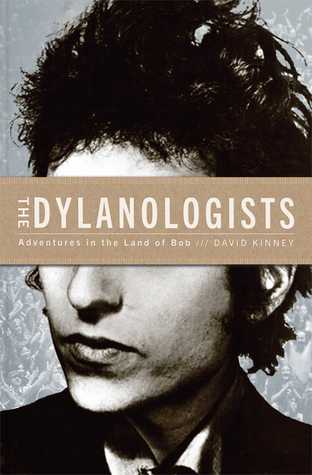 Dylanologists:Adventures in the Land of Bob by David Kinney is a mix of Bob Dylan biography and part overzealous fanbase. Kinney is a Pulitzer Prize winning journalist who has worked for The New York Times, The Washington Post, and The Boston Globe. His previous book is The Big One: An Island, an Obsession, and the Furious Pursuit of a Great Fish — a book about Martha’s Vineyard.

I would imagine that there are few people alive today who do not know who Bob Dylan is or who cannot name a few lines of one of his songs. As a child I remember listening to “Bob Dylan’s Dream” on 45, mainly because the opening line mentioned trains and I loved trains. I think the only other singer I remember from that very young age was David Bowie and that was because of his eerie reading of Peter and the Wolf. Bob Dylan seemed to follow me in my younger years. I remember the Saturday Night Live parody of “Blowing in the Wind” redone as “The answer, my friends, is Ronald Reagan” in a Dylan meets the Invasion of the Body Snatchers mashup. Although Bob Dylan did not fit into my friends Led Zeppelin, Pink Floyd, AC/DC listening preferences in high school, I did buy Slow Train Coming. I am a fan, but nothing crazy, an occasional listener. But I will admit Dylan did have an influence on me and American culture.

To say Bob Dylan has enthusiastic fans is a huge understatement.Dylanologist brings some of the biggest fans to the spotlight. Some are so avid they make the KISS Army seem tame. Dylan’s hometown of Hibbing, Minnesota is a “historic” site. The residents and the media are always alert for a Bob Dylan sighting. Zimmy’s Restaurant is a shrine to Dylan and an eatery for the fans who make the pilgrimage Hibbing. Fans seek out every Bob Dylan artifact from the house he grew up in, to bootleg tapes, and everything related or touch by the singer.

The biography covers Dylan, from his childhood through the present, and like other biographies show the changes in the singer’s persona. It is difficult to tell what Dylan’s motivation is to constantly change his image. From folk singer, to supporting social movements, to not supporting social movements, to outspoken Christian, to talking to his rabbi, to just wanting to perform music. Dylan worked to keep his fans off balanced and not knowing what to expect next from the singer.

Dylanologist is an interesting mix of Dylan biography and the extreme fans of Bob Dylan. The intermixing of the two subjects works well and will keep the reader interested. If you have already read Dylan biographies, there is plenty of new information concerning his fans and their reactions to the various incarnations of the singer. A great book for Dylan fans and for those wanting to know what fan obsession is all about.