That a prophet’s toil wasn’t worth the trouble,
That a shrewder man would have a chosen a softer trade.
“Nietzsche” 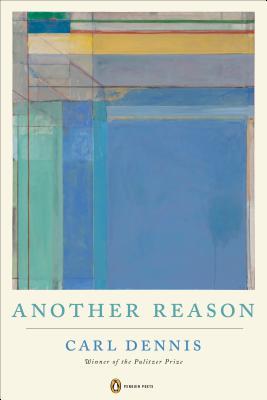 Another Reason by Carl Dennis is his newest collection of poems. Dennis is the author of eleven previous works of poetry and essay collections. He attended Oberlin College, the University of Chicago and the University of Minnesota. Dennis earned his PhD from the University of California, Berkeley in 1966, and that same year became became an associate professor of English at the University of Buffalo where he spent much of his career. Dennis has earned the Ruth Lilly Prize and the Pulitzer Prize for his poetry.

Some poetry reaches out and grabs the reader. Some poetry takes a reader to a distant place or puts them with someone they miss. Other poetry is a look inside of the poet’s mind. Another Reason is the latter type of poetry. Dennis writes about ordinary things and ideas, hoping to capture that “aha” moment of familiarity. There is no beauty of a blossom or an exotic land. Here we see see common questions about our place in the cosmos, religion, money problems, and even Nietzsche.

Some of the poems really hit the spot. “Animal Husbandry” concerns the Noah story. Have others thought how unfair it was to the millions of animals on earth to die in the flood for man’s sins? What of those saved on the ark? What type of strain would it be on two bees trying to make a hive or two gophers attempting a colony after the waters receded? “Job: A New Edition” brought up another thought I had long ago. Doesn’t God know the outcome of Job’s trial even before it begins? Does God think Satan can prove him wrong? Why should Job suffer for a bet. Does Job feel justice when he is rewarded with a new family and servants? — “Would be Ample substitutes for the old”.

The vast majority of poems do not deal with religion and are unlikely to be as controversial as those two. Those just happened to jump out at me. “To a Novelist” is an observation of a town meeting with people taking sides of the developers (a Wal*Mart type) and others wanting to preserve the small town downtown. “Meaning” takes a view of what is meaningful in from different people’s perspective. “Achievement” likewise describes different people’s concept of achievement.

Another Reason is a collection of poem that will not hit everyone the same way. There are poems that the reader will relate to and others that seem to slip by. This is not a collection where every poem will be a hit, but those that do hit home, hit with force. Very well done.