Book Review: The Blood and the Life 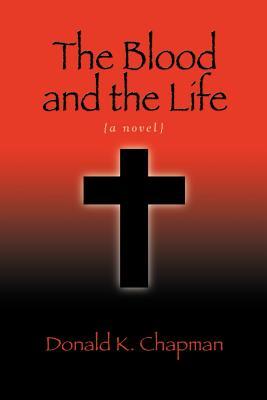 The Blood and the Life by Donald K. Chapman is his first novel. Chapman was born and raised in Colorado and earned his BFA in Creative Writing from the University of Evansville in Indiana. He currently resides in Denver with his wife and three children.

We all have own little prejudices when it comes to reading material, and I thought for sure I ran into mine in the prologue. The start of the first chapter quickly changed my opinion. Down on his luck, wrongly accused, severely beaten, and thrown out of his village in disgrace, Feranos enters the world alone. Looking to belong to something, he falls in with a blood cult. This cult seems to be a non-supernatural vampire cult that lives in a cave away from society. Feranos sees potential in the cult. He sees and feels the advantage of drinking the blood of the strong and the power it brings him. He sees the flaws in the cult, rebels against the leadership, and is evicted. Again, nearly dead, he is thrown out into the world. He arrives at a village market and resorts to petty crimes until he meets a woman with a sick sister. They are heading to Palestine to see a healer named Jesus. Feranos follows along and witnesses some of the events of the last days of Jesus. His concern, however, is getting Jesus’ blood for the power he thinks it contains. Feranos gets his wish, a drop of Jesus’ dying blood and that blood transforms him.

What happens next is a little like the Casca series of the 1980s. Not the eternal soldier, Feranos becomes a vampire. Much like Casca, the fictional Roman soldier who speared Christ’s side, he faces an eternity of wandering, loneliness, emptiness, and for Feranos, unquenchable thirst for blood. I did find it interesting that the blood of Jesus would lead to vampirism. The historical settings are a little light outside of the Biblical versions of Palestine. There is travel covers two continents and the plot easily holds the reader’s interest. Feranos, himself, is very well developed and although a vampire, he is a likeable antihero in much the same way as Satan in Paradise Lost. You know he is evil, but there is something about him that captures and holds your interest.

Chapman can tell a great story. There were some twists that I was not expecting. The writing is clear and flows smoothly. The story moves along at a quick pace. It is well thought out and not at all what I was expecting. It is not Twilight meets the Bible or a book to convert straying goth youth back to the path. In fact, I am reminded almost of Richard Bach’s Illusions. The name or pantheon is not as important as the presence of a supreme being in the story to bring the completeness of life that people. It brings great balance to the story. On the other side of the story, Chapman does a great job at explaining many of the traditional vampire myths in his book. All my hesitations and preconceived ideas were unfounded. I found this to be a very enjoyable. A really great and well written story.