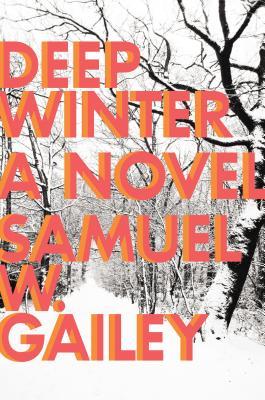 Deep Winter: A Novel by Samuel W. Gailey is a small town murder story. Gailey is from rural Pennsylvania and earned his Bachelor’s degree in English Literature. His previous work was the indie comic book Sanctum. He currently lives with his wife and daughter in Los Angles.

Rural Pennsylvania in the 1980s has always had some secrets; now it has a murder. Wyalusing is like many small towns. Everyone knows everyone and no one really changes. The story centers around Danny. Danny nearly drowned as a youth after falling through the ice in a pond. That event changed him. The lack of oxygen affected his development and he grew physically but not mentally. Most of the town’s people avoid the two hundred and fifty pound Danny. Despite his size, Danny is a kind and gentle. Some people have tormented him since childhood, including the town’s deputy. Mindy, a childhood friend who shares the same birthday with him is his only friend. Danny decides to visit Mindy on her birthday to give her a hand carved robin. Upon reaching her trailer he finds her naked and in a twisted heap on the floor. This is where the story begins.

Contemporary fiction is a hit but mostly a miss with me. My usual tastes run toward darker, underground fiction of the the 1970s. The “Rural Noir” tag for this book caught my attention. Not so much the rural, but the noir. Deep Winter captures the every bit of the darkness of a Selby Jr, novel and relocates it in rural Pennsylvania . Usually its the big, unknown, bleak city that sets the tone. Here in the rural Pennsylvania it is almost a claustrophobic effect. You almost feel trapped inside the town. With the exception of the state trooper, it seems that everyone in the town has always been there. No one has left and no one new has come in.

I will put Deep Winter in the hit category. The reading was quick and the pace of the story was steady and easy to follow. The story telling shifts between the main players and the story is told from their view point. Everyone has something to hide either in their past or the present. The characters, love them or hate them, are very real and very well developed. The plot is also very well developed and flows extremely well. Although, you hope things will work out well, you never can predict how things will work out or even if they will work out. Deep Winter is an exciting, fast paced novel with plenty to offer in the way of suspense. Highly recommended for crime novel fans and those who like a darker, real world story.

One response to “Book Review: Deep Winter: A Novel”